Algorithms are becoming so prominently useful in today’s age that wherever possible, the execution is preferred to be done algorithmically rather than manually. Coding the algorithms makes life easier since the decision making is fast, accurate and leads to favourable results.

This article will take you through a personal favourite collection of ten movies with unbelievable scenes about algorithmic trading.

The Bank (2001) is a movie that portrays a young mathematician named Jim Doyle who devises a formula to predict stock market fluctuations. The movie takes a turn when Jim is hired by a corrupt investment banker named Simon.

The investment banker or Simon desires to use the software to his own advantage. A must watch!

The documentary 'Inside Job (2010)' is about the real life crisis that took place between 2000-2007 starting with the dot-com bubble. During the housing boom, the ratio depicting the money borrowed by the investment banks versus the assets owned by the banks reached alarming levels.

The most unbelievable or incredible scene in the movie highlights how Goldman Sachs sold more than $3 billion worth of CDOs in the first half of 2006. Also, Goldman bet against the low-value CDOs, mentioning to the investors that they were high quality. Meanwhile, AAA-rated instruments shot up from some 2,000 to more than 4,000 in 2006.

Too Big To Fail

The movie 'Too Big To Fail (2011)' portrays the 2008 financial crisis and focuses on the actions taken by the U.S. Treasury Secretary - Henry Paulson and Ben Bernanke - Chairman of the Federal Reserve System to take care of the problems faced during the crisis.

The movie brilliantly shows how only ten financial institutions held around 77% of all U.S. banking assets and had been declared too big to fail. The scene where the authorities are worried that a press conference may happen soon following the collapse of the whole financial system is the most unbelievable scene.

The reason for the entire U.S. financial collapse is said to be the home loans that were distributed to the investors. Following a lot of home loan defaults, the collapse started taking place. Even the insurance firm known as AIG could not help insure against the defaults after a point in time.

Margin Call (2011) very subtly, and with entertainment, portrays how important it is to use risk management tools. A respected financial company is shown to be downsizing and one of the victims is the head of the risk management division, who was working on a major analysis.

His student completes the study late into the night and then frantically calls his colleagues about the company's financial disaster which he had discovered.

What follows is a long night of panicked double checking and double dealing as the senior management prepares to do whatever it takes to mitigate the failure.

Money and Speed: Inside the Black Box

Money and Speed: Inside the Black Box (2011) is a documentary that shows the impact as well as the possible cause behind a true event i.e. the Flash Crash that took place in 2010. It is a suspense thriller in which the main question as to where did the Flash Crash come from is answered.

The scene when the investigation to find the truth behind the event leads to the conclusion, is unbelievable. It showcases that the legislation lacks the transparency that people are expecting from it.

Limitless (2011) portrays a man who manages to do everything that he wishes to. His brain works so fast that he manages to achieve things that a normal person would not be able to.

The movie shows how algorithms are usually not understood by anyone except for the ones who build them. Now, the incredible or unbelievable scene is when the algorithm that Bodek built (known to be the fastest algorithm) stopped working all of a sudden.

The profits disappear and it is all blamed on the algorithm builder Bodek and that is when he begins his journey to look for the cause. He decides to go public in order to expose the system that was rotten.

In this comedy-drama movie 'The Big Short (2015)', there are two characters namely Charlie Geller and Jamie Shipley who happen to be young investors. Although they are not the central characters in the movie, yet they happen to be a part of an incredible scene where they plan to visit the American Securitization Forum.

Here, they learn that the SEC has no regulations to monitor mortgage-backed security activities. Hence, they short the high rated AA mortgage securities which were considered highly stable and earn good returns due to the considerably high payout ratio.

The movie 'Money Monster (2016)' is best known for the plot that showcases how a proclaimed algorithmic glitch by an organisation called IBIS Capital results in tons of shareholders losing their money.

An investor is shown to have invested his entire fortune in IBIS Capital following the recommendation of a TV stock-market guru. An unbelievable scene during this movie is where one amongst the many investors who lost their capital starts to create a ruckus in the studio of stock-market guru.

This investor believes that the investments of the shareholders were instead lost because the authority or someone from the organisation meddled with the algorithm to make it look as if the money was lost due to a glitch. Hence, he threatens to kill the TV stock market guru if his money is not returned.

The Hummingbird Project (2018) is a wonderful thriller drama movie about high frequency trading. In this movie, the entire focus remains on trading in short intervals of time. The stockbroker named Vincent convinces another character named Taylor to purchase fiber-optic cables for front running the order execution.

The incredible scene shows how much the character named Vincent works in order to make the code 1 millisecond faster in order to be competitive in the financial market. Also, the fiber-optic cable needs to be as straight as possible to avoid any delays in the trade.

For someone who is interested in trading and in algorithmic trading, the movies mentioned above are a must watch! Nevertheless, these movies are my personal favourites.

Although, it would be great to know if you have any suggestions or comments with regard to some other scenes in the same movies as mentioned here or some other movies with brilliant scenes.

Please feel free to drop in your comments below about scenes, movies or anything related to the topic.

In case you're inclined to learn to quantitatively analyze time series, portfolio returns and risks, and design and backtest momentum trading systems, be sure to check out this course on momentum trading strategies by Quantra. 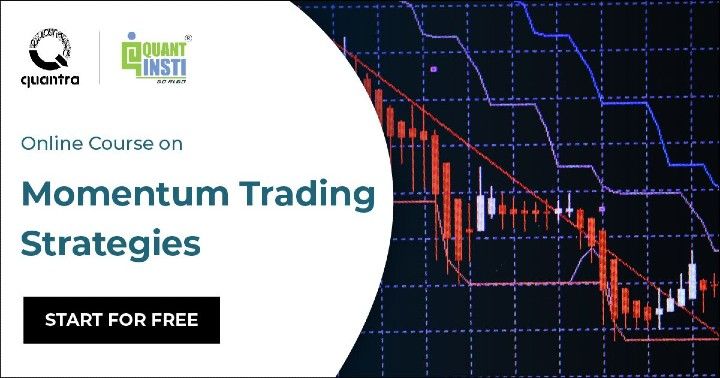 Eliminate Your Fear And Pick Up Algorithmic Trading Today 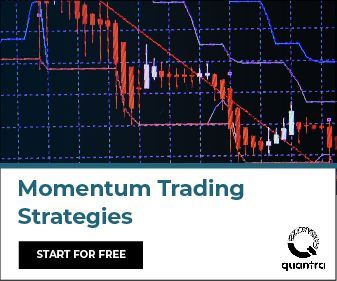