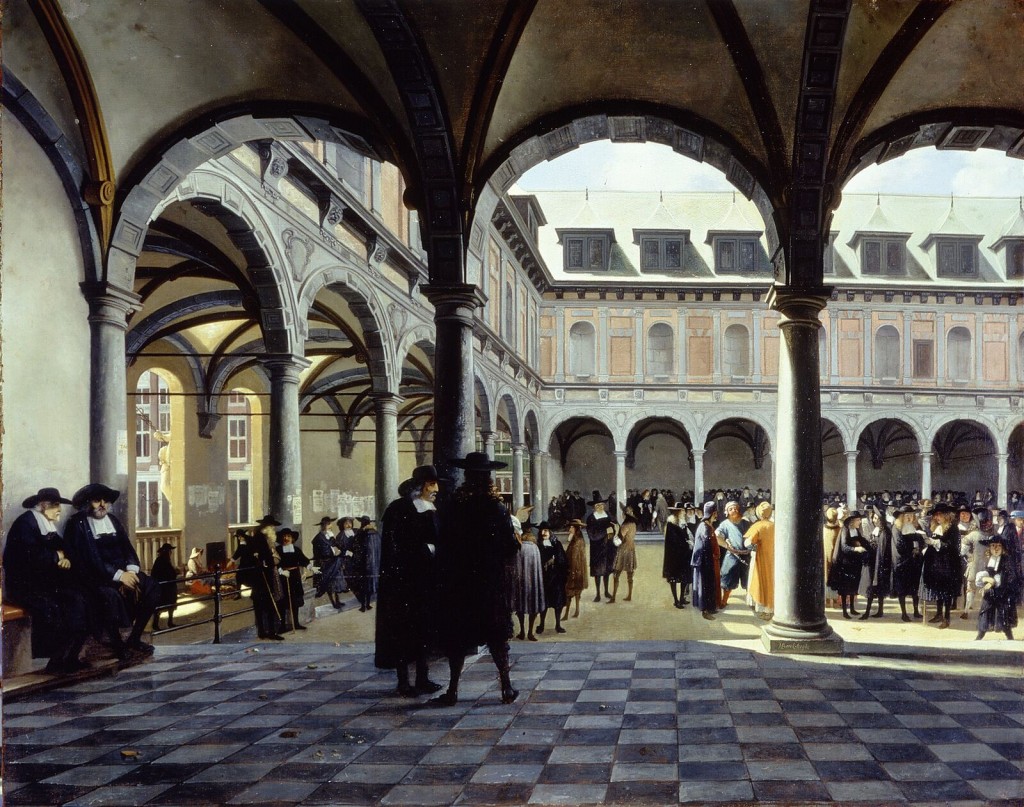 Estimated 70% of US equities in 2013 were accounted for by Automated Trading. Algorithmic trading accounts for a third of the total volume on Indian cash shares and almost half of the volume in the derivatives segment, according to analysts. While being one of the most controversial topics in financial news, HFT remains in use widely and is ever expanding its reach among emerging markets. Let us look back at the history of this technology driven trading technique and the risks involved.

Setting Up of the Stock Exchange

To start from the very beginning of the trading history, we go back four centuries to 1602.

The secondary market for VOC (Dutch East India Company or Vereenigde Oost-Indische Compagnie) shares started off in the first decade of the seventeenth century. Dutch East India Company in 1602 initiated Amsterdam’s transformation from a regional market town into a dominant financial centre. With the introduction of easily transferable shares, within days buyers had begun to trade them. Soon the public was engaging in a variety of complex transactions, including forwards, futures, options, and bear raids, and by 1680, the techniques deployed in the Amsterdam market were as sophisticated as any we practice today.

High Frequency Trading is all about increasing the speed at which information travels. A HFT trader uses cutting edge technological innovations to get information faster than anyone else and then be able to execute his trading order faster than anyone else. Interestingly, the phenomenon of ‘fast information’ delivery goes long back to 17th century. An interesting anecdote is about Nathan Mayer Rothschild knowing about the victory of the Duke of Wellington over Napoleon at Waterloo before the government of London did.

Julius Reuter, the founder of Thomson Reuters, in 19th century used a combination of technology including telegraph cables and a fleet of carrier pigeons to run a news delivery system. You can read all about Reuters network of communication pages in this post which describes the first ever High Frequency trading innovation in the history.

Growth of Stock Markets in the Twentieth Century

"The biggest structural changes in the U.S. stock market were probably the demise of the railways from around 1900 to 1929 and then the rise of the financial sector from around 1982 to 2007," says Russell Napier.

Computerization of the order flow in financial markets began in the early 1970s, with some landmarks being the introduction of the New York Stock Exchange's “designated order turnaround” system (DOT, and later SuperDOT), which routed orders electronically to the proper trading post, which executed them manually. The "opening automated reporting system" (OARS) aided the specialist in determining the market clearing opening price (SOR; Smart Order Routing).

Innovative Market Systems was launched in 1983 by Michael Bloomberg. In 1981, Michael Bloomberg who was a general partner of Salomon Brothers was given $10 million as partnership settlement. Having designed in-house computerized financial systems for Salomon Bloomberg built his own Innovative Market Systems (IMS). Merrill Lynch invested $30 million in IMS to help finance the development of the Bloomberg terminal computer system and by 1984, IMS was selling machines to all Merrill Lynch clients. 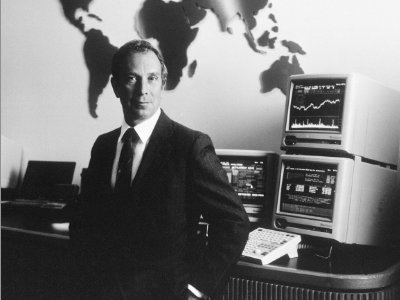 Social and technological upheaval is a recurring theme in the history of mankind and, by extension, the stock market.

The Start of Algorithmic Trading

Financial markets with fully electronic execution and similar electronic communication networks developed in the late 1980s and 1990s. In the U.S., decimalization, which changed the minimum tick size from 1/16 of a dollar (US$0.0625) to US$0.01 per share, may have encouraged algorithmic trading as it changed the market microstructure by permitting smaller differences between the bid and offer prices, decreasing the market-makers' trading advantage, thus increasing market liquidity.

Till 1998 U.S Securities and Exchange Commission (SEC) authorized electronic exchanges paving the way for computerized High Frequency Trading. HFT was able to execute trades 1000 times faster than a human. And since that time high-frequency trading (HFT) has become widespread.

The Boom of High Frequency Trading

By the year 2001, HFT trades had an execution time of several seconds. By 2010 this had shrunk to milliseconds, even microseconds and subsequently nanoseconds in 2012. In early 2000s high-frequency trading accounted for less than 10% of equity orders, but this has grown rapidly. Between 2005 and 2009, according to NYSE high-frequency trading volume grew by 164%.

56% of equity trades in the US were made by HFT till the year 2010. On May 6th 2010, a computer driven sale worth $4.1 billion triggered the May Flash Crash, where the Dow Jones plummeted 1000 points within a single trading day. Nearly $1 trillion was wiped off the market value, as well as a drop of 600 points within a 5-minutes time frame, before recovering moments later. The SEC and CFTC largely blamed HFT firms for the crash. 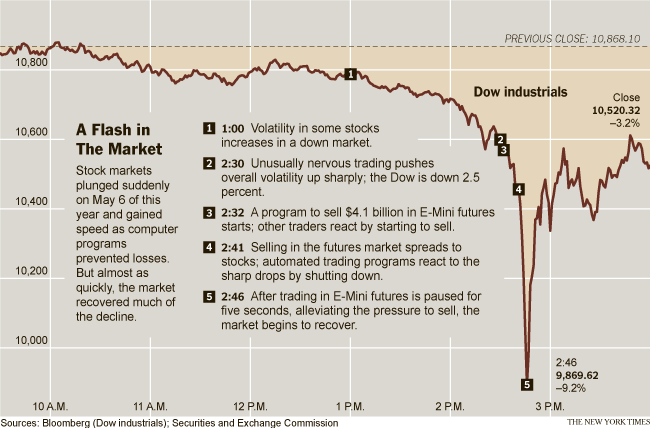 2011, marked the year of launching Nano trading technology. A firm called Fixnetix developed a microchip that can execute trades in nanoseconds, which is equal to one billionth of a second:

Dawn of News Based Trading

September 2012 Dataminr launches a brand new service with $30 million investment, which turns social media streams into actionable trading signals. This helps report the latest business news upto 54 minutes faster than conventional news coverage. The platform was able to identify a number of distinct “micro-trends” which can provide clients with unique insights and help them predict what the world may soon be focused on. Some of these signals include - on-the-ground chatter, consumer product reactions, discussion shifts in niche online communities, and growth and decay patterns in public attention. 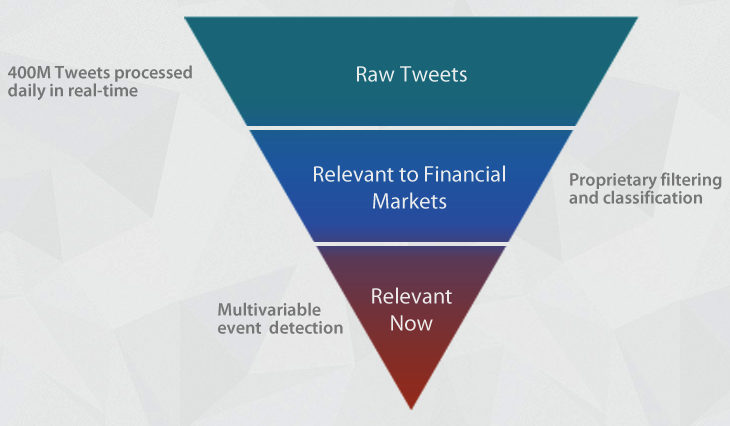 Detecting linguistic and propagation patterns across the over 340 million messages shared on Twitter daily are some of the features of the real-time analytics engine which processes an aggregate of public Tweets.

During the year 2012, HFT had taken over the stock markets by storm and was responsible for 70% of all US equity trades. IT companies invest millions on HFT technology. One new computer chip built specifically for HFT prepares trades in 0.000000074 seconds; a proposed $300 million transatlantic cable is being built just to shave 0.006 seconds off transaction times between New York City and London. 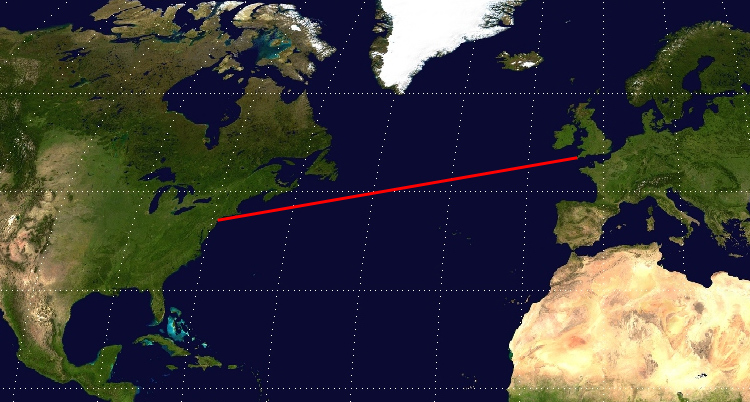 The monitoring of social media by the FBI and the increasing virtually instant impact of the social media on the securities, on April 2nd 2013 the SEC and CFTC to levied restrictions on public company announcements through social media. 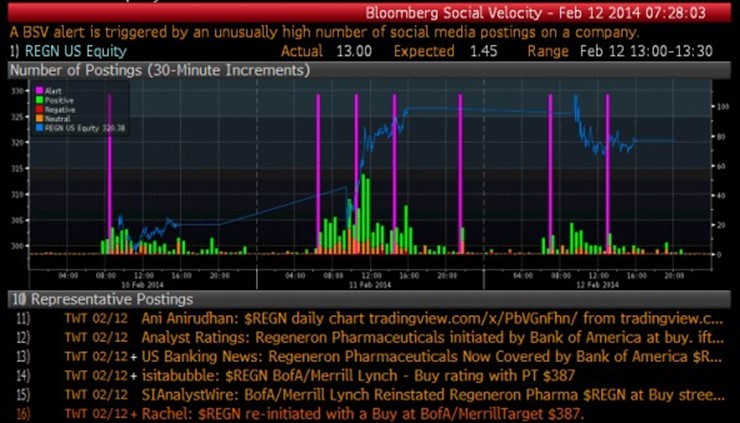 A noteworthy example of an abnormal news item affecting stocks markets was from April 23rd 2013, 1:05PM – the day a false Tweet sent by the Associate Press account stated that the White House was hit by two explosions; this caused widespread panic on Wall Street. Dow Jones plummets 143 points (1%) in 3 minutes from 14699 to 14555. 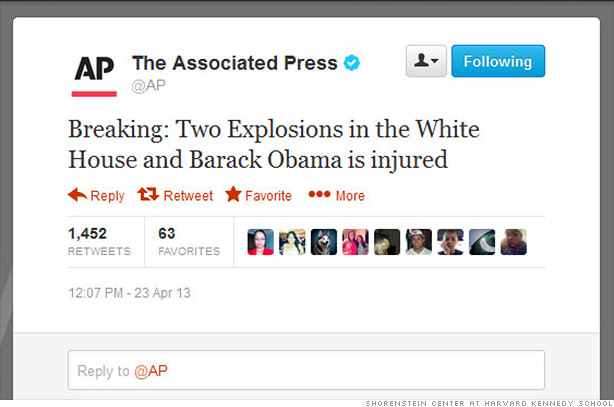 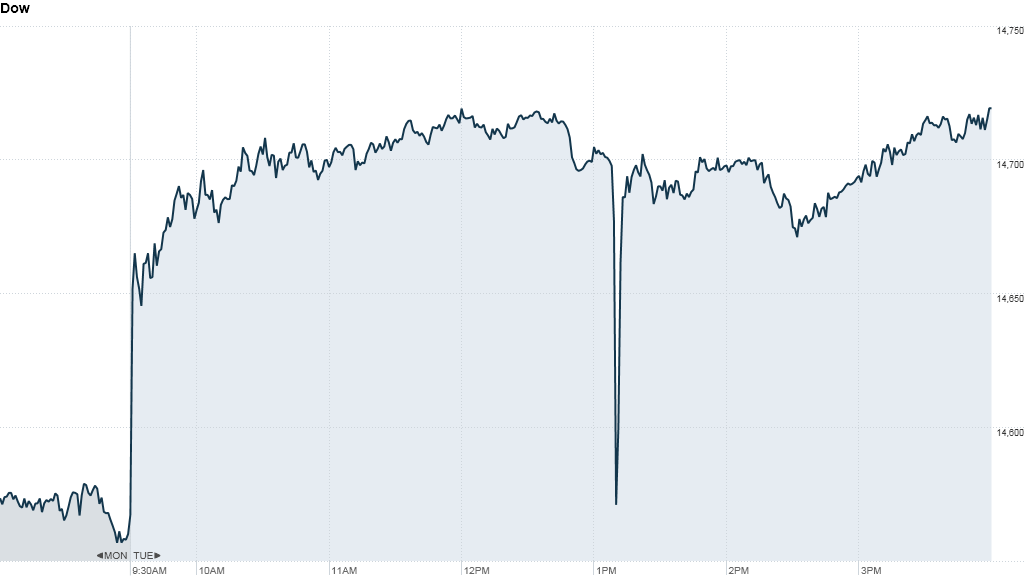 Locating computers owned by HFT firms and proprietary traders in the same premises where an exchange’s computer servers are housed. This enables HFT firms to access stock prices a split second before the rest of the investing public. Co-location has become a lucrative business for exchanges, which charge HFT firms millions of dollars for the privilege of “low latency access.”

In the quest for speed Denver-based data center company CoreSite, which operates a facility where traders can install so called "co-located" computers right in the heart of Washington.

The whole idea is to get access to federal data milliseconds faster than those traders waiting patiently for it to travel at the speed of light up fibre optic lines to markets in New York, New Jersey and Chicago. All of it—the information's transmission, translation, and trading in a journey from Washington to market servers in New Jersey, New York and Chicago—happens faster than the speed of human thought. It takes a person 300 milliseconds to blink an eye. But the firms involved in this telecommunications arms race view a single millisecond as a margin of victory—or defeat.

In the past 20 years the difference between what buyers want to pay and sellers want to be paid has fallen dramatically. One of the reasons for this is the increase in preciseness, stock prices have gone from trading in fractions to pennies. HFT has also added more liquidity to the market, eliminating bid-ask spreads that would have been too small to do so before.

If you’re a retail trader or a tech professional looking to start your own automated trading desk, start high-frequency trading training today! Begin with basic concepts like automated trading architecture, market microstructure, strategy backtesting system and order management system. You can also enrol in EPAT, the most extensive algo trading course available in the industry.

How Hedge Funds Use Leverage?