Real effective exchange rate is a useful tool for calculating the strength of your nation’s currency against the currencies of other countries. When REER increases, it indicates a loss in trade competitiveness.

Hence, this calculation of the real effective exchange rate helps you decide which currency to trade by considering the factors in favour of the trade including trade competitiveness.

REER is an important measure that is considered during policy-making and when scrutinising the economic growth of a country. Institutions like the IMF, World Bank, BIS and others provide REER analysis of 133 countries.

Let us find out some more interesting facts and uses of Real Effective Exchange Rate (REER) with this blog that covers:

REER is adjusted for the effects of inflation for every currency in the basket, enabling it to be a measure of what can actually be purchased by a currency.

REER is used to understand how well a currency is doing with respect to other currencies and also with respect to itself in the past. It is an important quantitative tool that a trader should be cognizant of.

Coming back to REER calculation, a country's REER can be calculated by taking the average of the bilateral real exchange rates (RER) between itself and its trading partners and then weighing it by using the trade allocation of each partner and then adjusting it for the inflation.

This might sound a bit complicated for a beginner, but it will be simplified further as we will discuss the calculation of REER with an example.

So first, let us see the formula for calculating the real effective exchange rate (REER), which is given by the RBI as:

Calculation of REER with example

For calculating the REER of each of the 6 countries, we need to find the following:

Weights of each of the 6 countries

We will calculate the “weights” by getting the trade volume data for the six basket countries.

India's largest trade partners with their total trade (sum of imports and exports) in billions of US dollars for the financial year 2021–22 are as follows:

* in billions of US dollars for the financial year 2021-22 Source: Wikipedia

Exchange Rate of each country

We have considered the EURO/INR as the exchange rate for Germany in this case. While calculating the exchange rate value, the agencies consider an average rate for a predefined period of time. This is done to account for the daily volatile fluctuations in the forex markets.

Also, the real effective exchange rate (REER) value is usually released by the IMF, central banks and other international agencies with a lag of approximately 3 months.

Let us now look at the inflation data of the 6 basket currencies and India.

Now, we will calculate the REER for China by following these steps:

Similarly, we can perform this calculation for the rest of the basket countries and for India. Also, you can calculate the REER with respect to the other countries.

For instance, by taking the product of the real effective exchange rate (REER) components of all the other countries, we get the total REER for India with respect to the basket of six countries.

Let us now see the difference between REER and Real exchange rate.

A spot exchange rate is the current price to exchange one currency for another for delivery on the earliest possible value date (Date for a financial transaction involving an asset with price fluctuations).

Although the spot exchange rate is for delivery on the earliest date, the standard settlement date for most spot transactions is two business days after the transaction date.

The spot exchange rate is a current market price, whereas REER is an indicator of the value of a currency in relation to its trading partners.

Let us see the relevance of each one by one.

The rates that are directly convertible towards other currencies are called fixed rates. In case of fixed exchange rate, the central bank of a particular country makes the country’s official exchange rate pegged (tied) to another country’s currency or gold.

This way, the fixed exchange rate system keeps the currency’s value within a narrow currency band. For example, the Danish krone (DKK) is pegged to the euro at a central rate of 746.038 kroner per 100 euro.

The most common regime today that is adopted in most countries is floating exchange rates. The most common examples are the yen, dollar, Euro, and British pound which fall under this category.

With the floating exchange rate, the central banks of the respective countries intervene frequently in order to avoid depreciation or appreciation.

These currencies under a pegged float are pegged against a particular value or currency bands. The pegged floats are adjusted either periodically or are fixed.

For example, Hong Kong allows the free flow of capital and pegs the exchange rate to the U.S. dollar.

Dollarization is a term generally used when a particular non-U.S country uses U.S dollars as their national currency. For example, Zimbabwe introduced dollarization in 2009 for reducing hyperinflation. However, the central bank of Zimbabwe has ruled out a return to dollarization recently.

In the working of a real effective exchange rate, the relative trade balance of a country's currency is compared against each of the existing countries in the index for calculating the weights.

The exchange rate determines the specific currency's value compared to other major currencies in the index.

The REER indicates the equilibrium value of the currency. It measures the country’s trade capabilities and export-import condition.

Since REER indicates the price a consumer pays for buying a product that is not national, or in other words, is imported, it includes the tariffs and other transaction costs involved in importing the product.

The REER of a country’s currency can be calculated by weighing the average of the bilateral exchange rates between the country and its trade partners using the trade allocation of each.

It detects the underlying factors of the trade flow and takes into consideration the changes in the international price.

There are some frequently asked questions around real effective exchange rate and here we answer some of them.

What does REER below 100 mean?

A REER reading below 100 keeps exports competitive and imports expensive.

What does a higher REER mean?

A higher REER means imports are cheaper and exports are expensive.

Is REER adjusted to inflation?

Yes. REER is adjusted to inflation while calculating the REER.

Real effective exchange rate is mostly used to determine an individual country's currency value relative to other major currencies. Hence, REER is used to understand how well a currency is doing with respect to other currencies and also with respect to itself in the past.

This is the reason quantitative analysts use REER to determine the strength of the currency before trading or investing in one.

If you wish to explore more about the exchange rates and how to gain an edge in the markets, you may enroll in this learning track for automated trading in forex.

You will gain knowledge about forex valuation methods such as purchasing power parity, nominal effective exchange rate and real effective exchange rate and learn to automate forex trading on Interactive Brokers and FXCM using Python. Moreover, you can create your own set up for trading or use cloud-based trading solutions after completing this learning track. Do check it out. 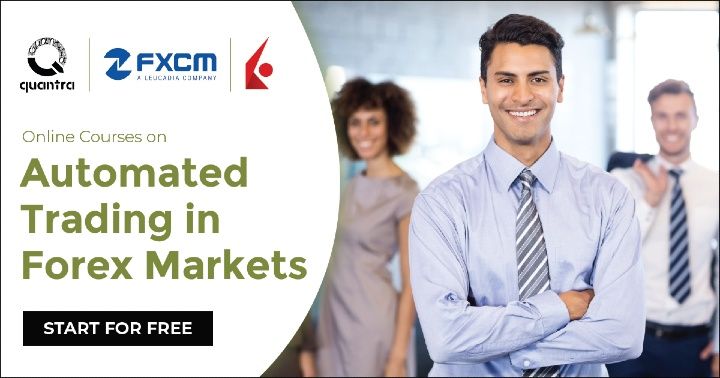 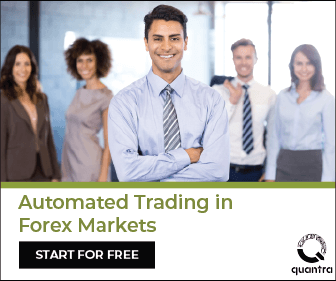