Bollinger bands are to trading what Shakespeare is to literature, very important and really hard to avoid if you are trying to make a mark in the world of trading. Bollinger band is a technical indicator used to analyse the market in a better manner and help us in making better assumptions on the price of an asset ie if it is overbought or oversold.

In this article, we will be covering:

Let’s talk about them in detail below.

You must be wondering why it is stipulated at 20-day moving average. Well, for one thing, it was specified by the creator of the Bollinger bands, Mr John Bollinger himself.

A moving average is simply the average of a series of numbers. Let’s take the example of Tesla Motors (TSLA). For the month of February, the closing prices were:

Plugging in the other values, the table would now look like this, 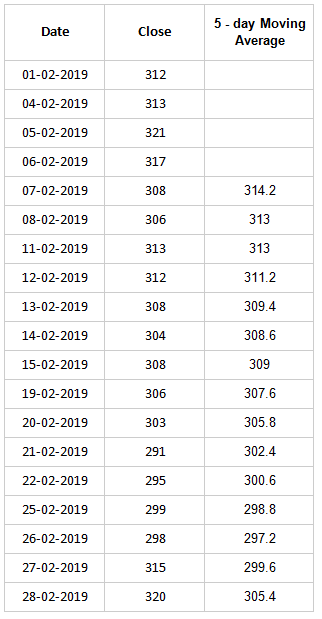 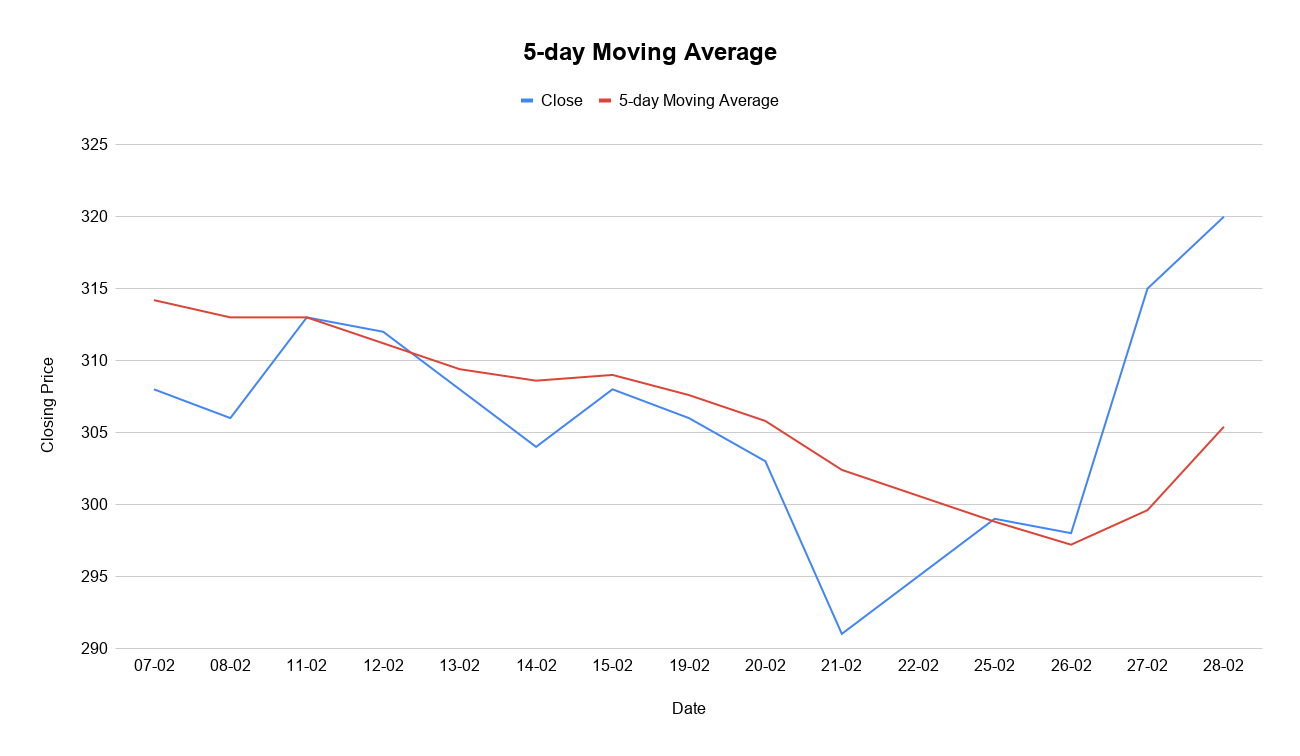 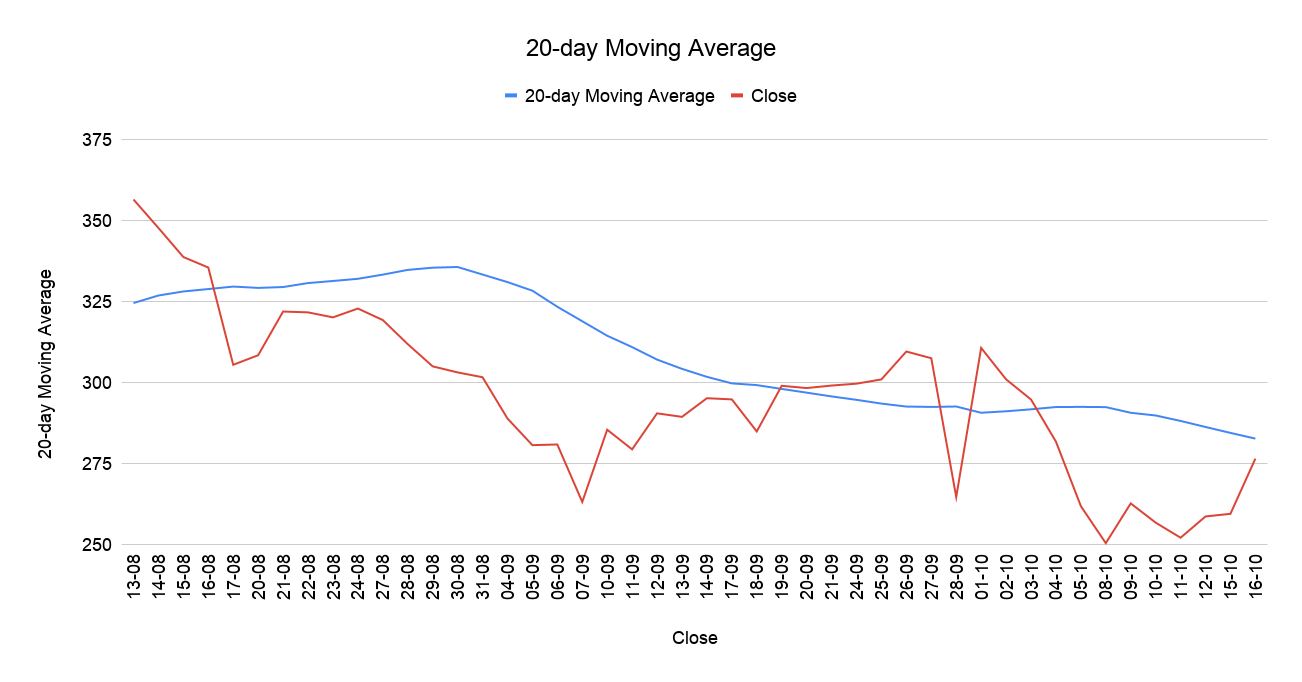 The upper Bollinger band is constructed by moving 2 standard deviations above the 20-day moving average.

Thus for the data above, the upper Bollinger band, when added to the graph, would look like this. 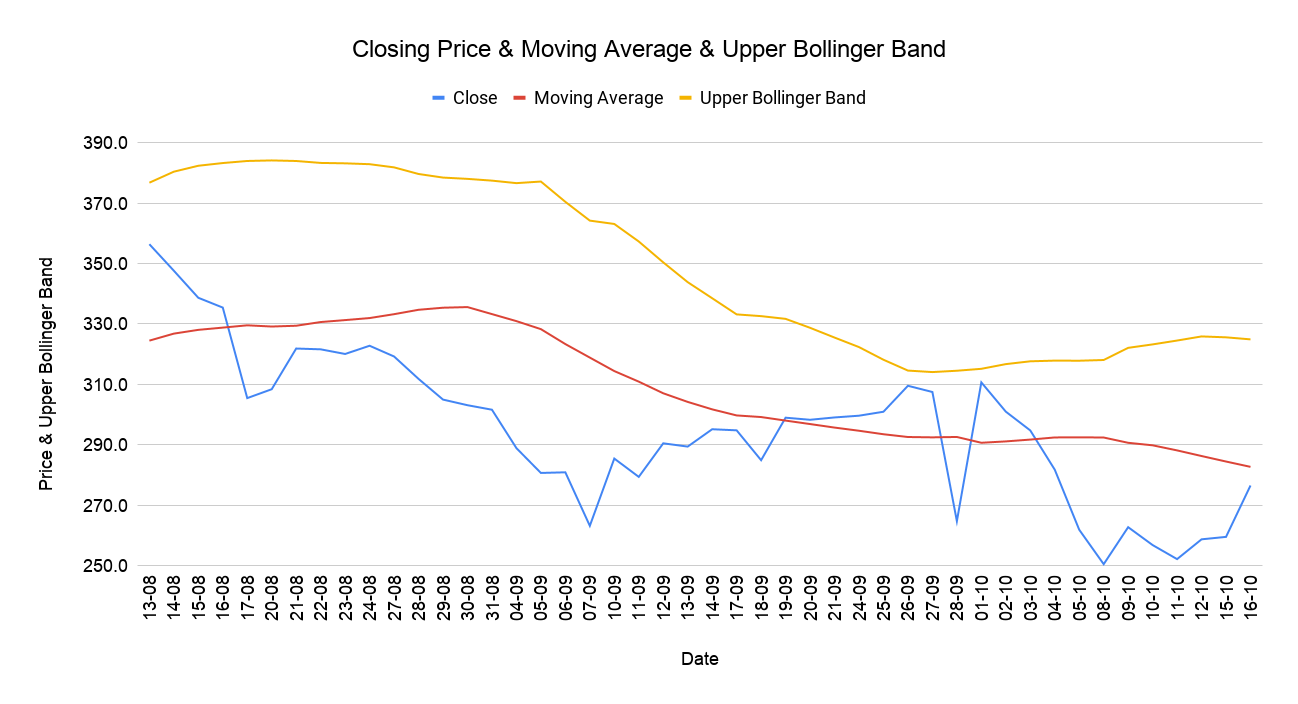 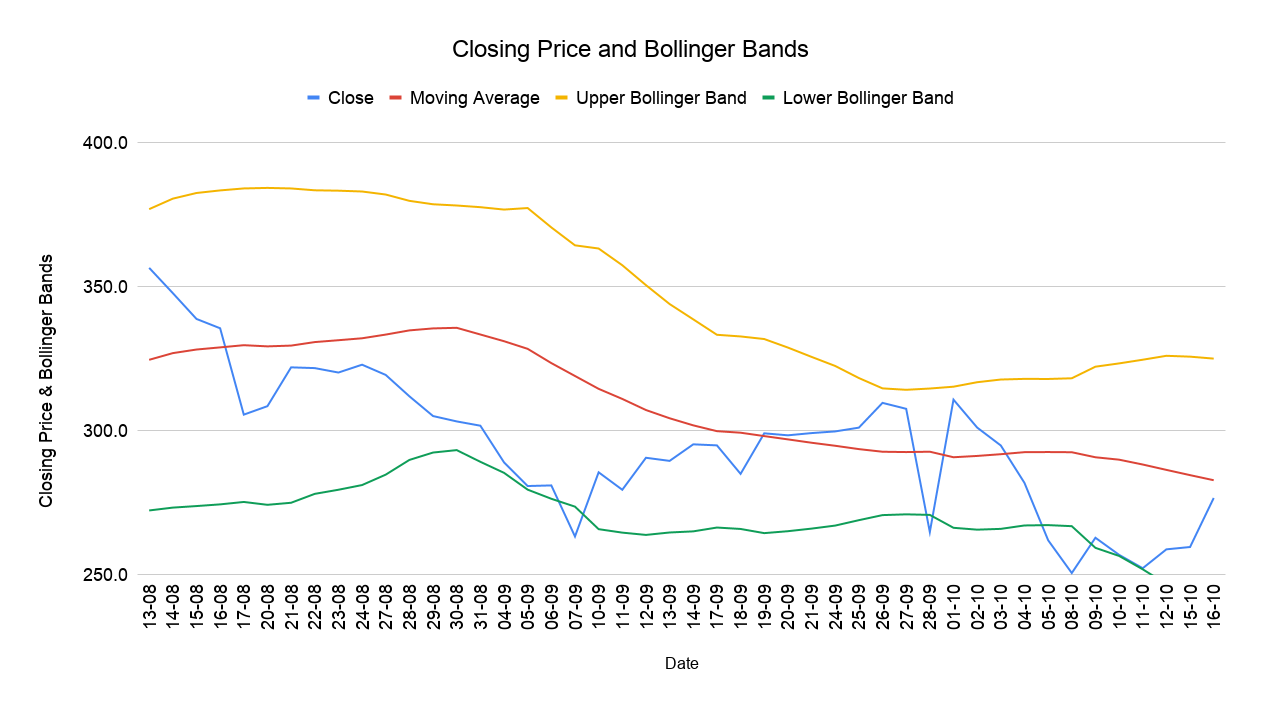 The reason why the upper and lower Bollinger bands are two standard deviations away from the moving average is that this makes an envelope around the closing price and contains the majority of the price action. Statistically, two standard deviation includes 95% of price movement. Thus, any time the closing price goes below or above the Bollinger bands, there are high chances for breakout or price reversion, and hence it can be used a signal.

The beauty of Bollinger Bands is that it can be used in any type of market, from stocks to derivatives, as well as forex.

That’s it! Now you know how to create a Bollinger Band for any stock. But wait!

In addition to the Bollinger Bands, John Bollinger has said that we should look in the bandwidth of the band too, to help us in our analysis. It is very simple to calculate the bandwidth, which is as follows:

We now move on to the main event, trying to figure out how to use Bollinger Bands to create a trading strategy.

The following are a few trading strategies which can be used keeping the Bollinger bands at the centre of it all. 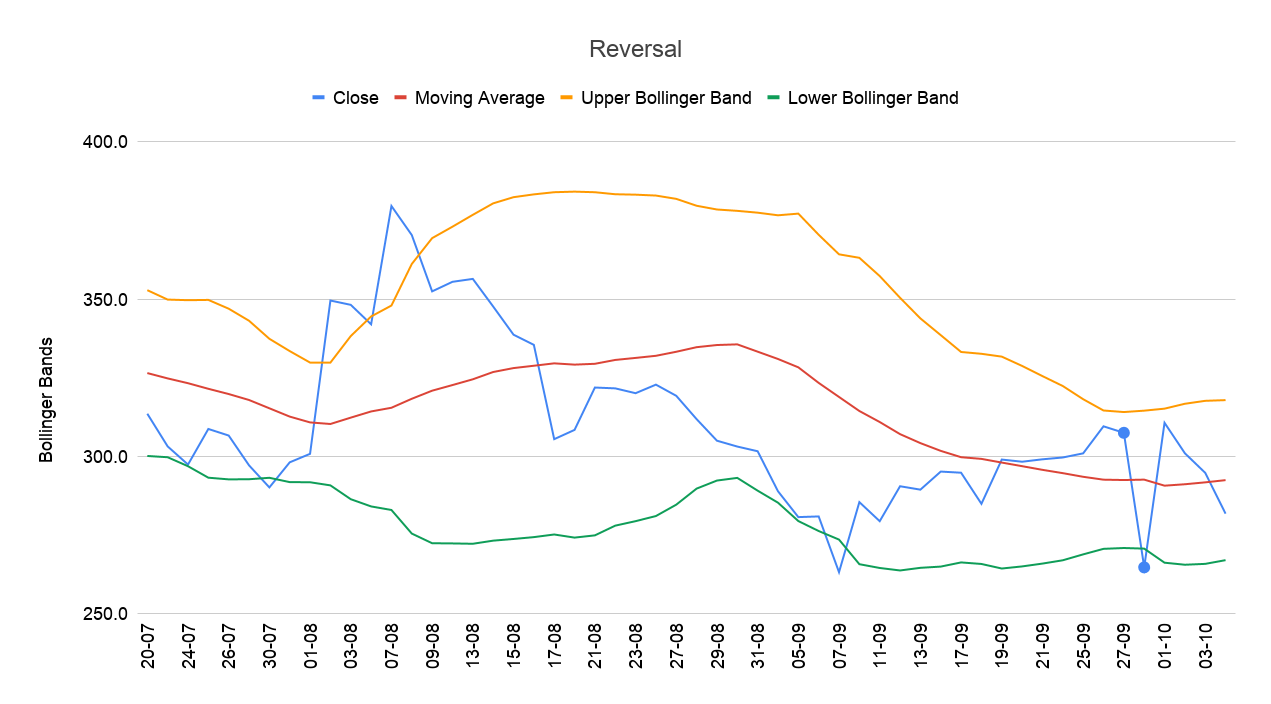 You can see in the stock chart above, on 27 September, the price breached the lower Bollinger band and then subsequently went bullish for the next few days.

One must understand that the reversal of the price trend can happen due to a variety of factors, not least because of the bands themselves.

For example, while in the graph of the Tesla Bollinger bands, you will see that the price took a nosedive, which was due to the news that SEC had sued Elon Musk over false news.

Bollinger Band strategy is used to identify a period where the bands have squeezed together indicating that there is a breakout which can happen.

Unlike the strategy discussed above, where you know the direction of the trend, it can be hard to predict which direction the price would go after a period of low volatility. 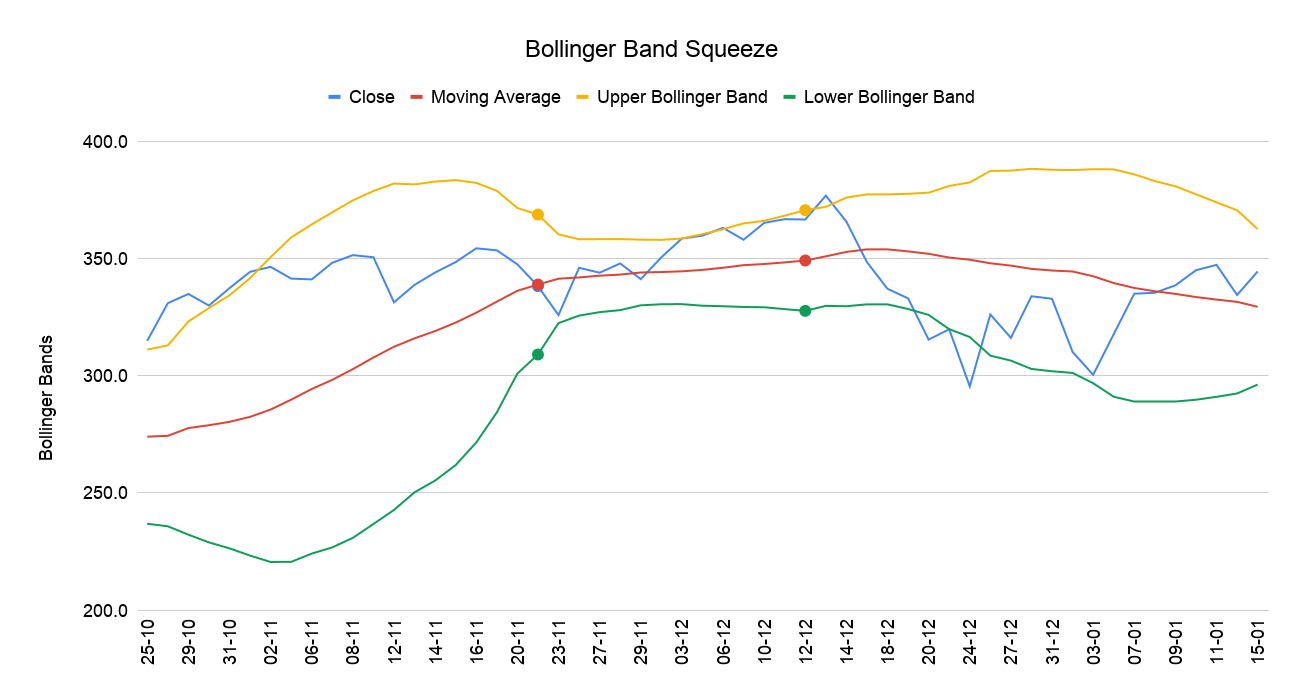 For example, in this chart, you can see the Bollinger band squeeze in the middle, from 21 November to 12 December before breaking out.

It is at this precise moment where most traders are confident that the price will increase and sustain itself.

Usually, traders hone in when the price breaches the lower band and rebounds for a short while before diving again. If the second low is above the lower band, it is generally assumed that it is a double bottom and there is a strong chance that it will be an uptrend. 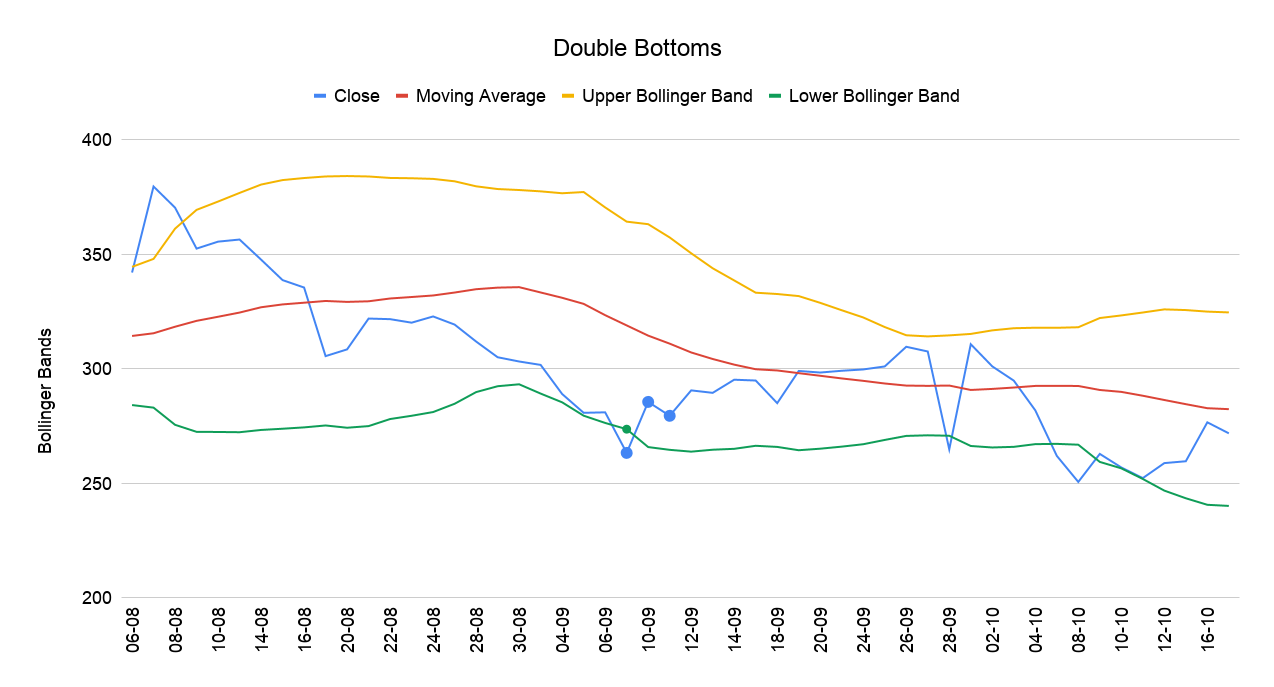 If we go further, we can see the same pattern on 5th October onwards. 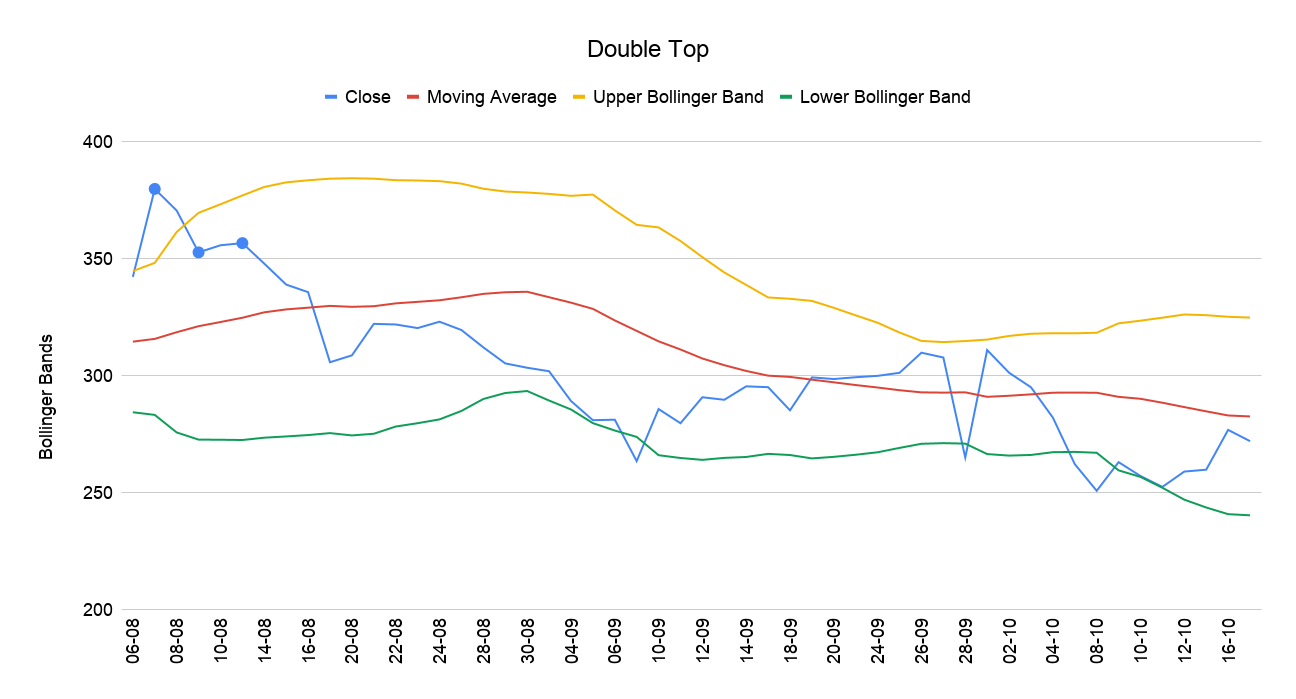 Trading in the bands

One strategy effective for the relatively low-risk individual who is content with low but safe returns on their investment is to trade by keeping the SMA as the signal to enter or exit the trade. Since the SMA is essentially an average and the price keeps swinging from one side of the SMA to the other, you are bound to end up with a profit. This strategy can also be used in times of very low volatility. 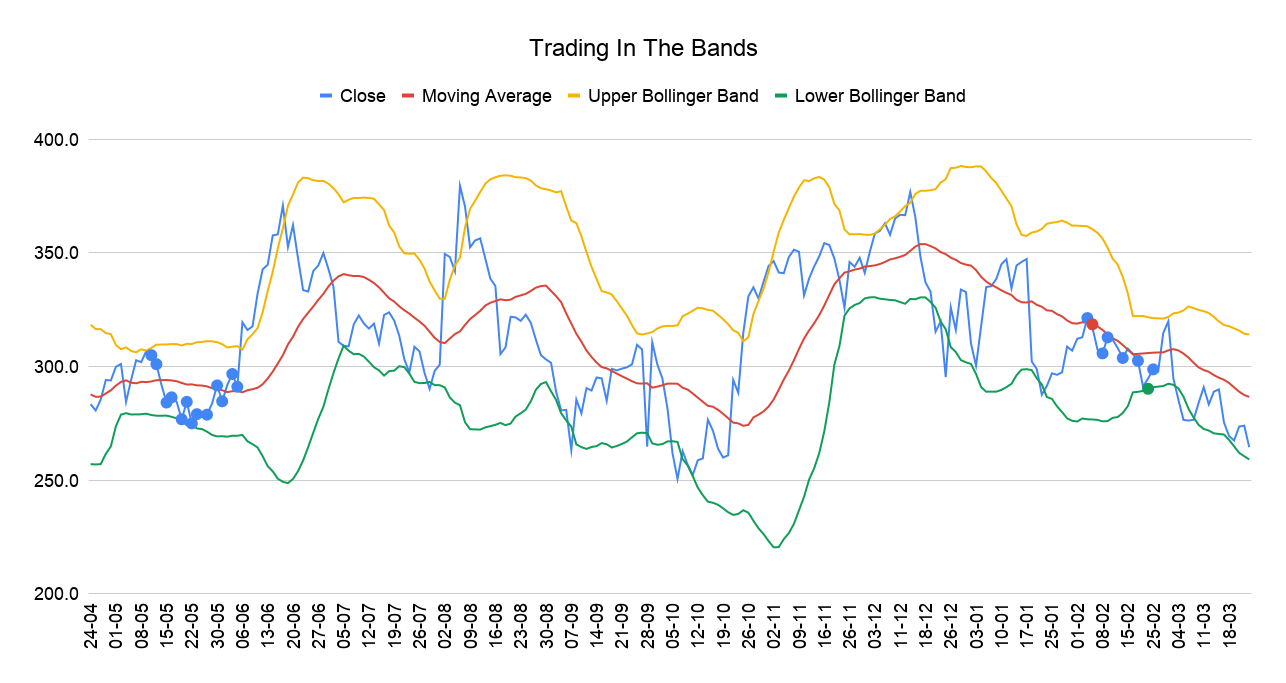 In the chart, you can see that on 6 February when the price reaches the SMA, it changes direction and reaches the lower Bollinger Band before reversing direction once again. 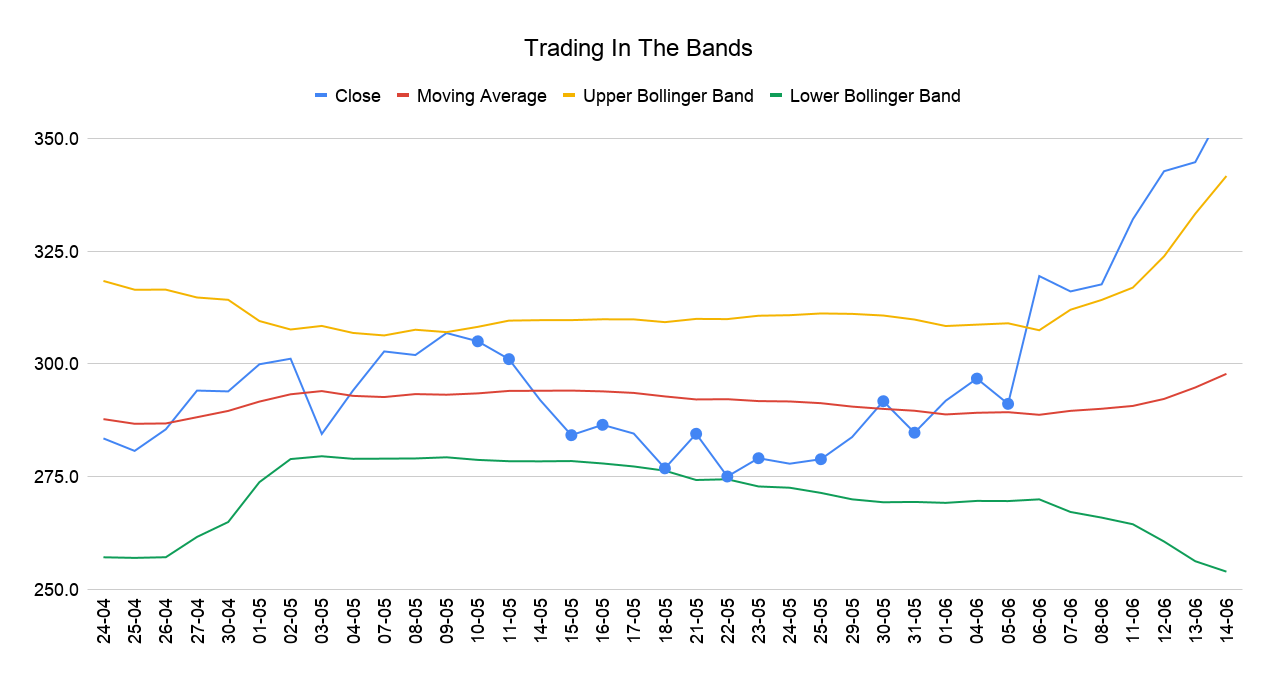 The limitation of Bollinger Bands is that they are computed using a 20-day Moving Average, meaning that they weigh all data points as the same. Thus, a recent event is not given more weightage and can impair the indicator’s ability to correctly observe a trend.

It is generally accepted that we shouldn’t use the Bollinger Bands as the sole indicator to place a trade as it will not be as profitable due to the simple fact that the market will not reward an individual for performing the obvious. A good idea is to pair it with other indicators such as MACD or RSI to make a better trade decision.

In summary, Bollinger Bands are a good way to understand the price action of an asset and helps us in forming better decisions on when to enter a trade. You can use a combination of different indicators to create your own strategy. The starter pack of Algorithmic Trading Strategies will help you create quantitative trading strategies using technical indicators which can adapt to live market conditions. 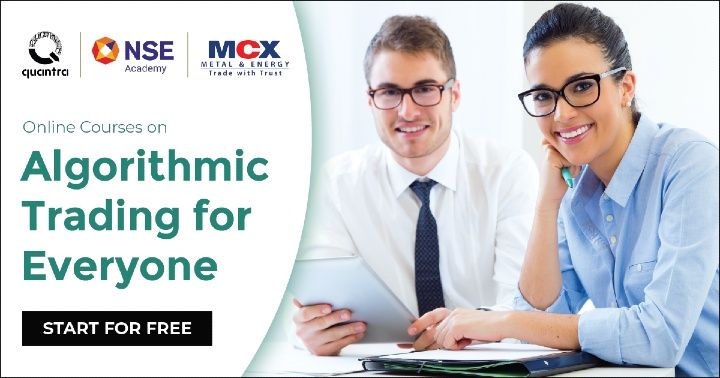 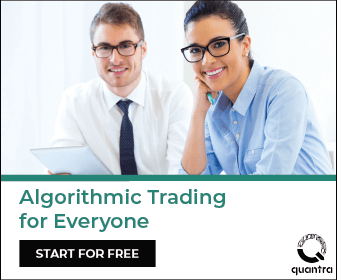