“Artificial intelligence would be the ultimate version of Google. The ultimate search engine that would understand everything on the web. It would understand exactly what you wanted, and it would give you the right thing”, said Larry Page, CEO of Alphabet, in 2000 when most of us considered Google to be just a simple search engine. Today, artificial intelligence and deep neural network learning are making things possible which a few years ago, were even hard to imagine!

Thanks to fields like Machine Learning and Deep Learning, which are a part of Artificial Intelligence, we have been able to automate and integrate ‘learning’ within machines.

In this article on Introduction to Deep Learning, we will be learning what Deep Learning is and how it is being used in the field of Artificial Intelligence.

The contents of this article on "Introduction to Deep Learning and Neural Network" are as follows:

What is Deep Learning?

Deep Learning is a Machine Learning method involving the use of Artificial Deep Neural Network. Just as the human brain consists of nerve cells or neurons which process information by sending and receiving signals, the deep neural network learning consists of layers of ‘neurons’ which communicate with each other and process information.

These networks are also capable of recognizing the errors or loss in the output and correcting them without the requirement of human intervention.

Along with the introduction to deep learning and understanding what it is, we will also look into how it all started. As we now know, deep learning networks are basically deep neural network with many layers.

The first mathematical model of a neural network was created by Walter Pitts and Warren McCulloch in 1943 which demonstrated the thought process of the human brain. From here began the journey of deep neural network and deep learning.

This journey can be represented as below: 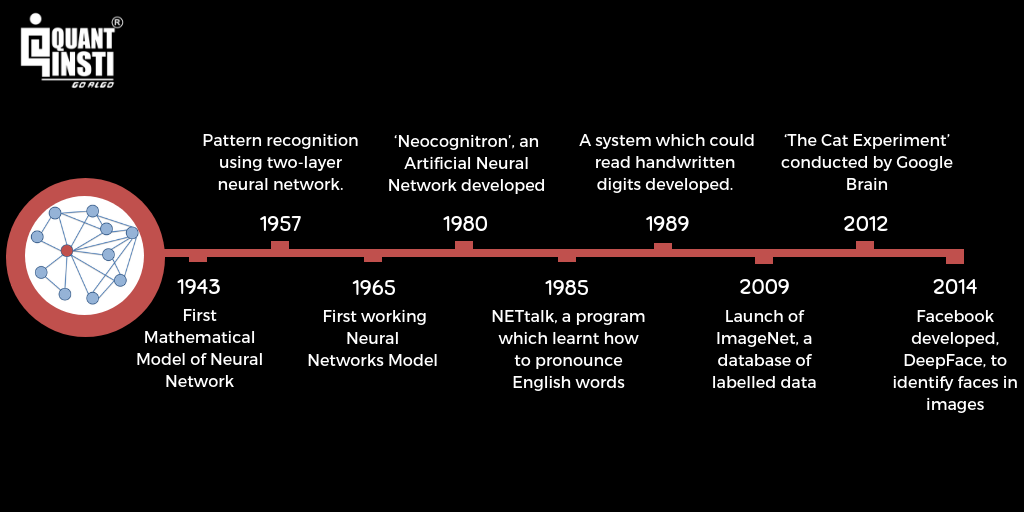 Deep Learning is actually a subset of Machine Learning, hence often the two terms are confused by people. However, they differ in their capabilities. That is why it is necessary to know about machine learning while reading about the introduction to deep learning.

But for doing so, deep learning models require a huge amount of data and information, unlike Machine Learning models.

Until now we have understood the basics and introduction to deep learning, and now its time to know about how the deep neural network works.

As explained earlier, deep neural network gets its name due to a high number of layers in the networks. Let us now understand what these layers are and how are they used in the deep neural network to give a final output by referring to the diagram given below: 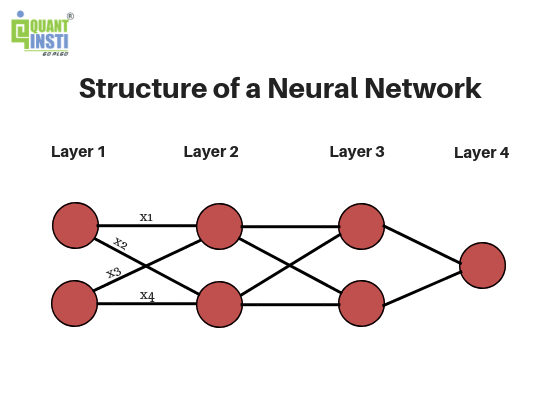 Input Layer (Layer 1): This layer is the first layer in a  deep neural network and it provides the input parameters required to process the information. It simply passes these parameters to the further layers without any computation at this layer.

Output Layer (Layer 4): This layer in the deep neural network gives us the final output after receiving the results from the previous layers.

Now that we have understood the types of layers present in a network, let's learn how these layers actually function and give the output data.

Each neuron is connected to all the neurons in the next layer and all these connections have some weights associated with them. But what are these weights and why are they used?

Weights, as the name suggests, are used to attach some weightage to a certain feature. Some features might be more important than other features to get the desired output.

For example, close prices and SMAs of the previous days will be considered as more important features than high or low prices while predicting the stock prices for the next day, this will affect the weights attached to these parameters.

These weights are used to calculate the weighted sum for each neuron. x1, x2, x3, x4 represent the weights associated with the corresponding connections in the deep neural network.

Along with the weights, each hidden layer has an activation function associated with it.

Activation functions decide whether a neuron should be activated or not based on their weighted sum. These are also used to introduce non-linearity by using functions like sigmoid and tanh thus allowing computations for more complex tasks. Without the activation function, the deep neural network would act as a simple linear regression model.

Here are examples of a few activation functions which are used:

The activation function corresponding to each layer then acts upon these weighted sums to give a final output. This process can also be known as forward propagation.

Once the processing is completed, the predicted output is compared with actual output to determine the error or loss. For a deep neural network to work accurately, this loss function must be minimized so that the predicted output is as close to the actual output as possible. As we initially choose random weights for the connections in the deep neural network, they might not be the best choice. 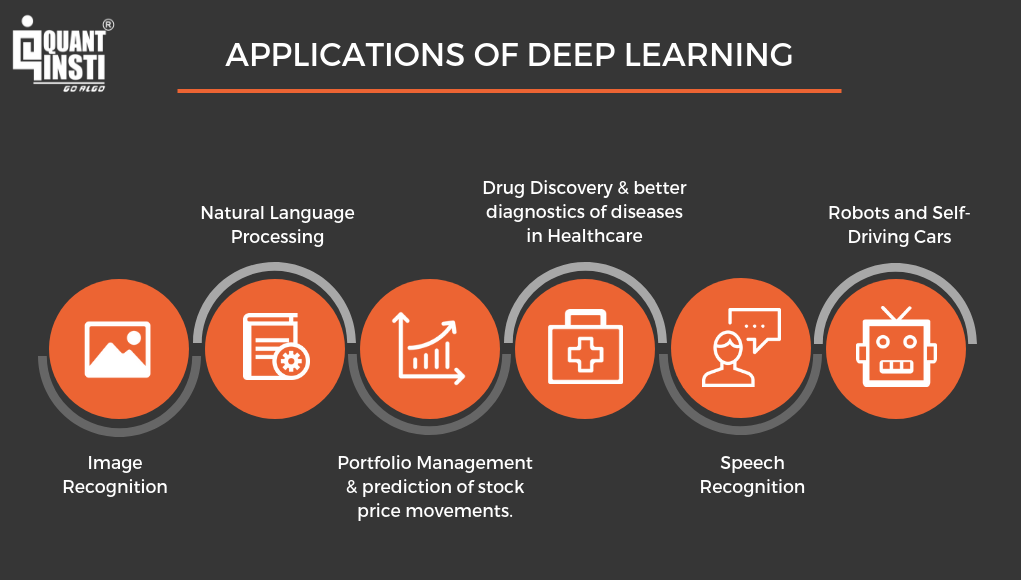 This blog on 'Introduction to Deep Learning' covered the definitions, difference, history, and applications of Deep Learning and helped us understand how artificial deep neural network functions.

Now, that we are familiar with the introduction to deep learning, we can move ahead to acquire more knowledge about it. You can also learn how to use deep learning and neural network for trading using Python in the below course.

You can enroll for the neural network tutorial on Quantra where you can use advanced neural network techniques and latest research models such as LSTM & RNN to predict markets and find trading opportunities. Keras, the relevant python library is used.