Initially, we were using machine learning and AI to simulate how humans think, only a thousand times faster! The human brain is complicated but is limited in capacity. This simulation was the early driving force of AI research. But we have reached a point today where humans are amazed at how AI “thinks”. A quote sums it up perfectly, “AlphaZero, a reinforcement learning algorithm developed by Google’s DeepMind AI, taught us that we were playing chess wrong!”

While most chess players know that the ultimate objective of chess is to win, they still try to keep most of the chess pieces on the board. But AlphaZero understood that it didn’t need all its chess pieces as long as it was able to take the opponent’s king. Thus, its moves are perceived to be quite risky but ultimately they would pay off handsomely.

AlphaZero understood that to fulfil the long term objective of checkmate, it would have to suffer losses in the game. We call this delayed gratification. What’s impressive is that before AlphaZero, few people thought of playing in this manner. Ever since various experts in a variety of disciplines have been working on ways to adapt reinforcement learning in their research. This exciting achievement of AlphaZero started our interest in exploring the usage of reinforcement learning for trading.

This article is structured as follows. The focus is to describe the applications of reinforcement learning in trading and discuss the problem that RL can solve, which might be impossible through a traditional machine learning approach. You won’t find any code to implement but lots of examples to inspire you to explore the reinforcement learning framework for trading.

What is reinforcement learning?

Reinforcement learning might sound exotic and advanced, but the underlying concept of this technique is quite simple. In fact, everyone knows about it since childhood!

As a kid, you were always given a reward for excelling in sports or studies. Also, you were reprimanded or scolded for doing something mischievous like breaking a vase. This was a way to change your behaviour. Suppose you would get a bicycle or PlayStation for coming first, you would practice a lot to come first. And since you knew that breaking a vase meant trouble, you would be careful around it. This is called reinforcement learning.

The reward served as positive reinforcement while the punishment served as negative reinforcement. In this manner, your elders shaped your learning. In a similar way, the RL algorithm can learn to trade in financial markets on its own by looking at the rewards or punishments received for the actions.

Like a human, our agents learn for themselves to achieve successful strategies that lead to the greatest long-term rewards. This paradigm of learning by trial-and-error, solely from rewards or punishments, is known as reinforcement learning (RL)
- Google Deepmind

How to apply reinforcement learning in trading?

In the realm of trading, the problem can be stated in multiple ways such as to maximise profit, reduce drawdowns, or portfolio allocation. The RL algorithm will learn the strategy to maximise long-term rewards.

For example, the share price of Amazon was almost flat from late 2018 to the start of 2020. Most of us would think a mean-reverting strategy would work better here.

But if you see from early 2020, the price picked up and started trending. Thus from the start of 2020, deploying a mean-reverting strategy would have resulted in a loss. Looking at the mean-reverting market conditions in the prior year, most of the traders would have exited the market when it started to trend.

But if you had gone long and held the stock, it would have helped you in the long run. In this case, foregoing your present reward for future long-term gains. This behaviour is similar to the concept of delayed gratification which was talked about at the beginning of the article.

The RL model can pick up price patterns from the year 2017 and 2018 and with a bigger picture in mind, the model can continue to hold on to a stock for outsize profits later on.

How is reinforcement learning different from traditional machine learning algorithms?

For example, the target label can be percentage change after every hour. The traditional ML algorithms try to classify the data. Therefore, the delayed gratification problem would be difficult to solve through conventional ML algorithms.

With the bigger picture in mind on what the RL algorithm tries to solve, let us learn the building blocks or components of the reinforcement learning model.

Defining a reward function is critical to the performance of an RL model. The following metrics can be used for defining the reward.

The agent is the RL model which takes the input features/state and decides the action to take. For example, the RL agent takes RSI and past 10 minutes returns as input and tells us whether we should go long on the Apple stock or square off the long position if we are already in a long position.

Let’s put everything together and see how it works.

Environment: For simplicity, we say that the order was placed at the open the next trading day, which is July 27. The order was filled at $92.Thus, the environment tells us that you are long one share of Apple at $92.

Reward: And no reward is given as we are still in the trade.

State & Action: You get the next state of the system created using the latest price data which is available. On the close of July 27, the price had reached $94. The agent would analyse the state and give the next action, say Sell to environment

Environment: A sell order will be placed which will square off the long position

Great! We have understood how the different components of the RL model come together. Let us now try to understand the intuition of how the RL agent takes the action.

Q table and Q learning might sound fancy, but it is a very simple concept.

At each time step, the RL agent needs to decide which action to take. What if the RL agent had a table which would tell her which action will give the maximum reward. Then simply select that action. This table is Q-table.

But how to create the Q-table?

Let's create a Q-table with the help of an example. For simplicity sake, let us take the same example of price data from July 22 to July 31 2020. We have added the percentage returns and cumulative returns as shown below.

You have bought one stock of Apple a few days back and you have no more capital left. The only two choices for you are “hold” or “sell”. As a first step, you need to create a simple reward table.

But the price is expected to increase to $106 on July 31 resulting in a gain of 9%. Therefore, you should hold on to the stock till then. We have to represent this information. So that the RL agent can make better decisions to Hold rather than Sell.

How to go about it? To help us with this, we need to create a Q table. You can start by copying the reward table into the Q table and then calculate the implied reward using the Bellman equation on each day for Hold action.

In this equation, s is the state, a is a set of actions at time t and ai is a specific action from the set. R is the reward table. Q is the state action table but it is constantly updated as we learn more about our system by experience. γ  is the learning rate

We will first start with the q-value for the Hold action on July 30.

In this way, we will fill the values for the other rows of the Hold column to complete the Q table.

The RL model will now select the hold action to maximise the Q value. This was the intuition behind the Q table. This process of updating the Q table is called Q learning. Of course, we had taken a scenario with limited actions and states. In reality, we have a large state space and thus, building a q-table will be time-consuming as well as a resource constraint.

To overcome this problem, you can use deep neural networks. They are also called Deep Q networks or DQN.  The deep Q networks learn the Q table from past experiences and when given state as input, they can provide the Q-value for each of the actions. We can select the action to take with the maximum Q value.

How to train artificial neural networks?

We will use the concept of experience replay. You can store the past experiences of the agent in a replay buffer or replay memory. In layman language, this will store the state, action taken and reward received from it. And use this combination to train the neural network.

There are mainly two issues which you have to consider while building the RL model. They are as follows:

This might feel like a science fiction concept but it is very real. While we are training the RL model, we are working in isolation. Here, the RL model is not interacting with the market. But once it is deployed, we don’t know how it will affect the market.

Type 2 chaos is essentially when the observer of a situation has the ability to influence the situation. This effect is difficult to quantify while training the RL model itself. However, it can be reasonably assumed that the RL model is still learning even when it is deployed and thus will be able to correct itself accordingly.

There are situations where the RL model could pick up random noise which is usually present in financial data and consider it as input which should be acted upon. This could lead to inaccurate trading signals.

While there are ways to remove noise, we have to be careful of the tradeoff between removing noise and losing important data.

While these issues are definitely not something to be ignored, there are various solutions available to reduce them and create a better RL model in trading.

Check it out here. 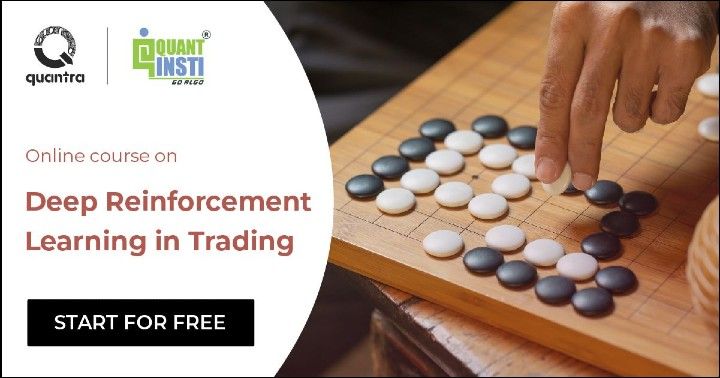 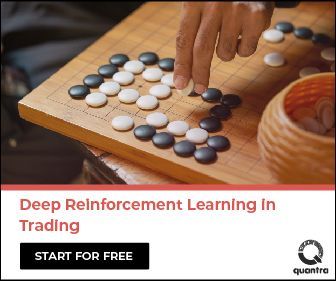