Have you heard about the Occam’s razor?

To put it simply, William of Ockham stated that, “The simplest solutions are almost always the best solutions.”

But in a post about Naive Bayes, why are we talking about razors? Actually, Naive Bayes implicitly incorporates this belief, because it really is a simple model. Let’s see how a simple model like the Naive Bayes model can be used in trading.

This article covers the following topics:

What is Naive Bayes?

For example, in the case of coin toss experiment, you know that probability of heads is ½ because there are only two possibilities here, heads or tails.

The other school of thought suggests that probability is more dependent on prior information as well as other factors too. For example, if the probability of a person saying red is their favourite colour is 30% but 50% if they are in love marriage, then your result will be different based on their marital status.

This is known as Bayesian inference, where you try to calculate the probability depending on a certain condition.

And how do you calculate this conditional probability? Let’s see in the next section.

Thus, P(A | B) is the likelihood of A saying red is their favourite colour when the person is married.

This is the conditional probability we have to find.

In a similar sense P(B | A) is the likelihood of a person being married when the person says their favourite colour is red.

P(A) and P(B) is the respective probability.

How does this help us in trading?

Let's assume we know the RSI value of a stock.

This can found by using the Bayes theorem.

Now, we will find the probability that the price rises the next day if the RSI is below 40 by the same formula.

Here, B is similar to the feature we define in machine learning. IT can also be called as the evidence.

But hold on! What if we want to check when the RSI is below 40 as well as the “slow k” of stochastic oscillator is more than its “slow d”.

While this looks simple enough to compute, if you add more features to the model, the complexity increases. Here is where the Naive part of the Naive Bayes model comes into the picture.

The Naive bayes model assumes that both B and C are independent events. Further the denominator is also dropped.

This simplifies the model to a great extent and we can simply write the equation as:

You must remember that this assumption can be incorrect in real life. Logically speaking, both RSI and stochastic indicators are calculated using the same variable, ie price data. Thus, they are not exactly independent.

However, the beauty of NAive Bayes model is that even though this assumption is not true, the model still performs well in various scenarios.

Wait, is there just one type of Naive Bayes model? Actually there are three. Let’s find out in the next section.

Depending on the requirement, you can pick the model accordingly. These models are based on the input data you are working on:

Multinomial: This model is used when we have discrete data and working on its classification. A simple example is we can have the weather (cloudy, sunny, raining) as our input and we want to see in which weather is a tennis match played.

Gaussian: As the name suggests, in this model we work on continuous data which follows a gaussian distribution. An example would be the temperature of the stadium where the match is played.

Binomial: What if we have the input data as simply yes or no, ie a boolean value. In this instance, we will use the binomial model.

The great thing about python is that the sklearn library incorporates all these models. Shall we try to use it for building our own Naive Bayes model? Why not try it out.

Before we start with the code, we will first try to understand the logic of our exercise. We will be using Apple price data imported from Yahoo Finance and our dataset is from 1 August 2010 to 1 January 2019.

Further, we will use two features.

Since we have binary values, we will be using the Binomial Naive Bayes Model in python. Also, bear in mind that this is a long-only strategy but you could modify it to use short signals also. But in that case, you would have to add more rules to the strategy. Let’s see the strategy in action now.

We will start our strategy by first importing the libraries and the dataset.

We will calculate the indicators as well as their signal values.

To get our target variable, we will calculate our returns and shift by 1 to get the next day’s returns.

We will define the X and y variables for the Naive Bayes model now.

We will now split our dataset into parts, train and test

And now we use the Bernoulli Naive bayes model for binomial analysis.

How was the accuracy of our model. Let’s find out.

There is obviously room for improvement here, but this was just a demonstration of how a Naive Bayes model works. But are there special occasions when the model should be used? Let's find out in the next section.

Advantages of the Naive Bayes model

Although this speed comes at a price. Let’s find out how in the next section.

The Naive Bayes model, despite the fact that it is naive, is pretty simple and effective in a large number of use cases in real life. While it is mostly used for text analysis, it has been used as a verification tool in the field of trading.

The Naive Bayes model can also be used as a stepping stone towards more precise and complex classification based machine learning models. You can check out the course on Trading with Machine Learning: Classification and SVM to incorporate various ML models in your trading arsenal. 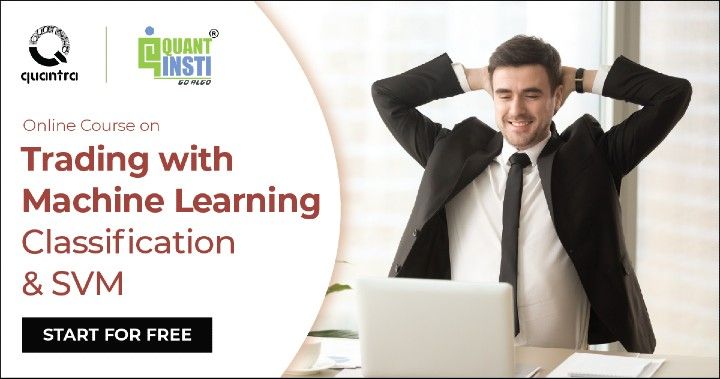 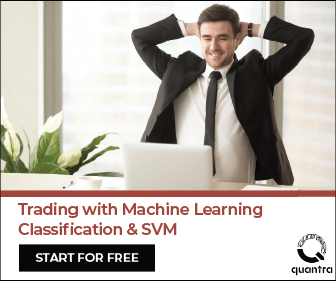 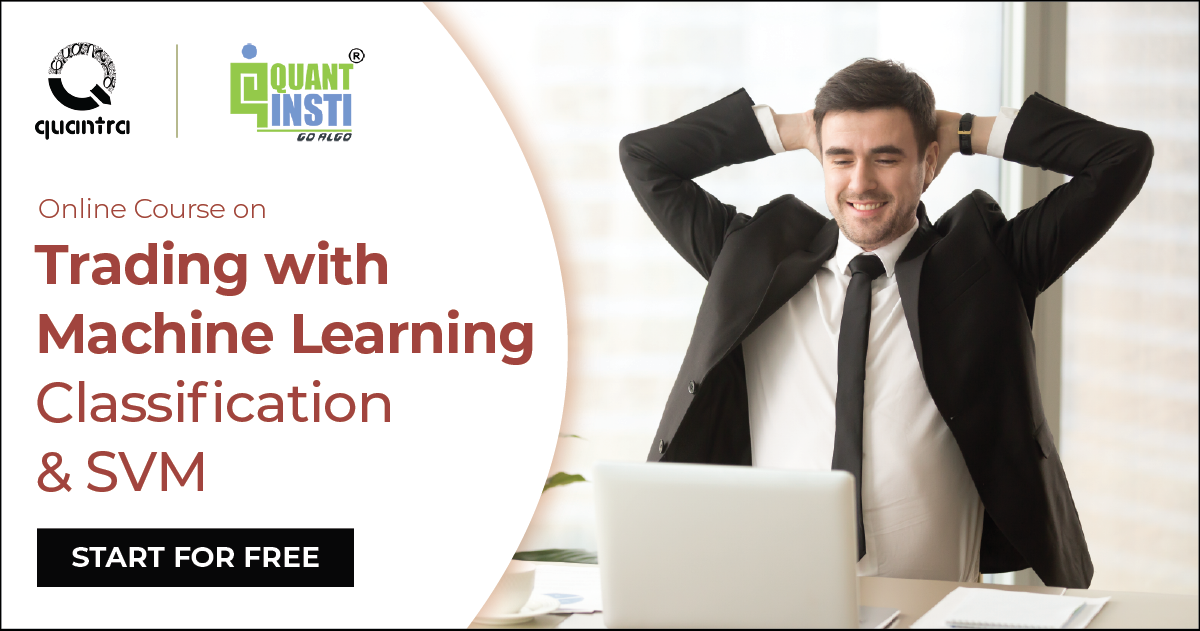