Over the years we have realised that a portion of our user base wants to procure a state of the art computer for their algo trading sessions but are sometimes discouraged by technical articles in mainstream PC media. Today’s article is for traders who would like to assemble their own computers for the purpose of setting up an algo trading desk but do not know head or tail about it. The blog gives a basic brief about different computer hardware components. If you are familiar with hardware components such as RAM, CPU etc, then you can easily skip this article.

We have been around computers for a long time, but have you ever been curious how the whole thing works. Did you ever try to understand basic hardware principles that can be used to build or purchase a new PC? If you said yes, this blog would be a good start for you.

To keep it simple, we will only cover the entry-level basics and terminology. We would like to mention that this article is for individuals who want to build their own computer but don’t know where to start. While there are a countless number of articles on the internet, this blog was written to give a simple and clear explanation of all the hardware needed in one place. We will give a short description of the following:

A case protects all the components inside a computer. These cases are made from two primary materials: steel and aluminium. Aluminium cases are expensive to produce, and the cost will carry over to the consumer. Finding a vendor that sells aluminium cases can be challenging too.

If you’re planning on building a computer, some cases may include a power supply with them. However, using them is not ideal because they’re often low quality and may fail quickly or harm components inside the PC.

Ensuring a computer receives sufficient cooling with PC case fans can be tricky. Fans are used to draw in cooler air from the exterior of the case, to expel warm air from the interior, and to move air through a heat sink to cool a particular component.

It’s the most crucial element in a computer as it provides power to components. The measurement for a PSU is wattage. If the PSU wattage is too low, it will not boot to windows (or any other Operating System installed). While loading the OS, the PC could freeze or may restart repeatedly. On the other hand, if the wattage is too high, it could cause overheating and use more energy than necessary. An upside to getting a PSU with high wattage is that the computer is future-proofed for any upgrades. 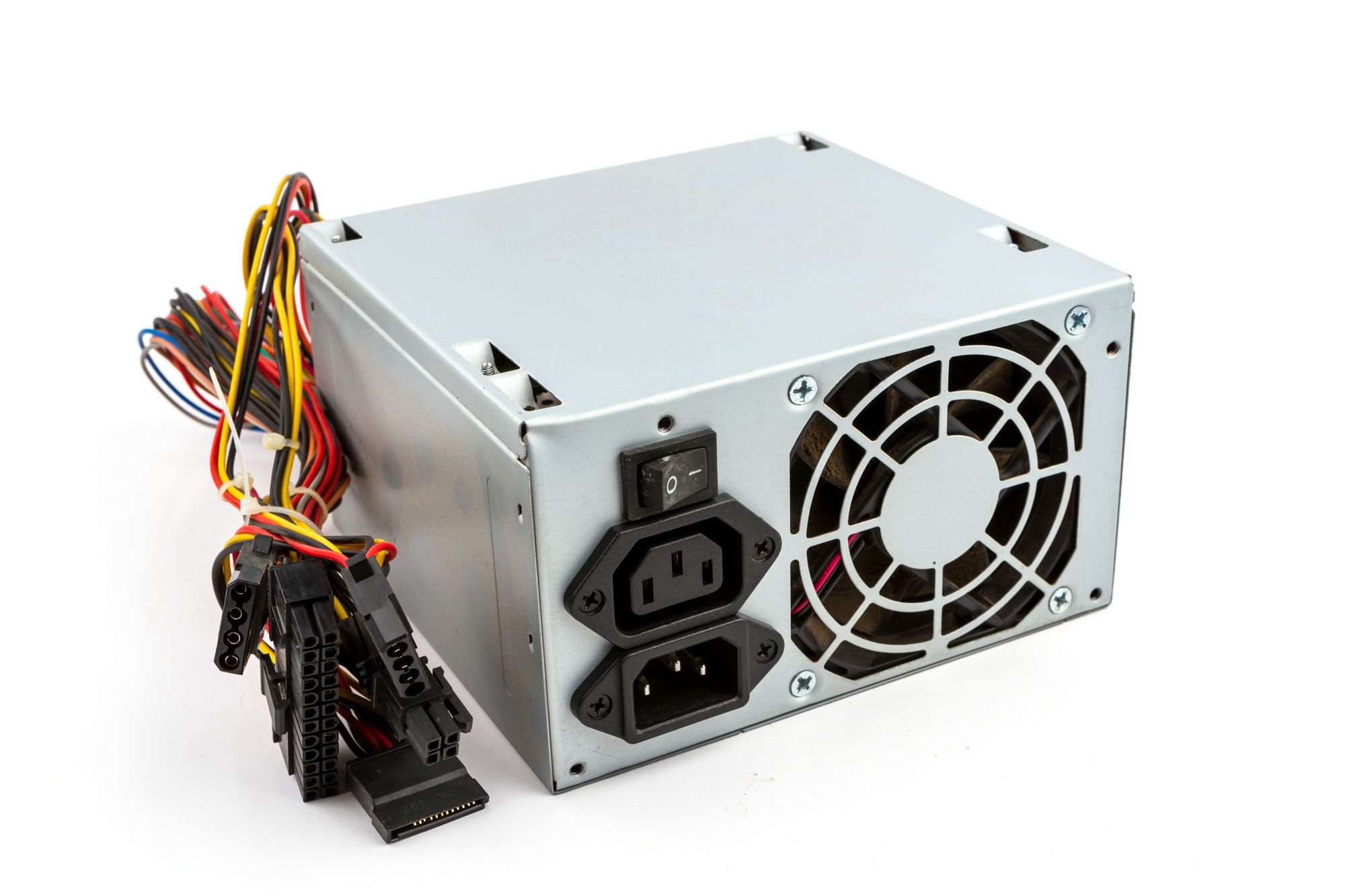 Power Supply Calculator is a handy resource where you can input the different components you are assembling and it will recommend the ideal wattage you would need.

It’s the mother of all the elements that connect to it, including peripherals, sound cards, video cards (GPU), processors (CPU), network cards, primary storages, and RAM. Because the motherboard controls the system, it pays to select one carefully. The motherboard determines which processors are supported, how much and what type of memory the system can use, what video cards are compatible and many other key system features. Use the following advice when choosing a motherboard. 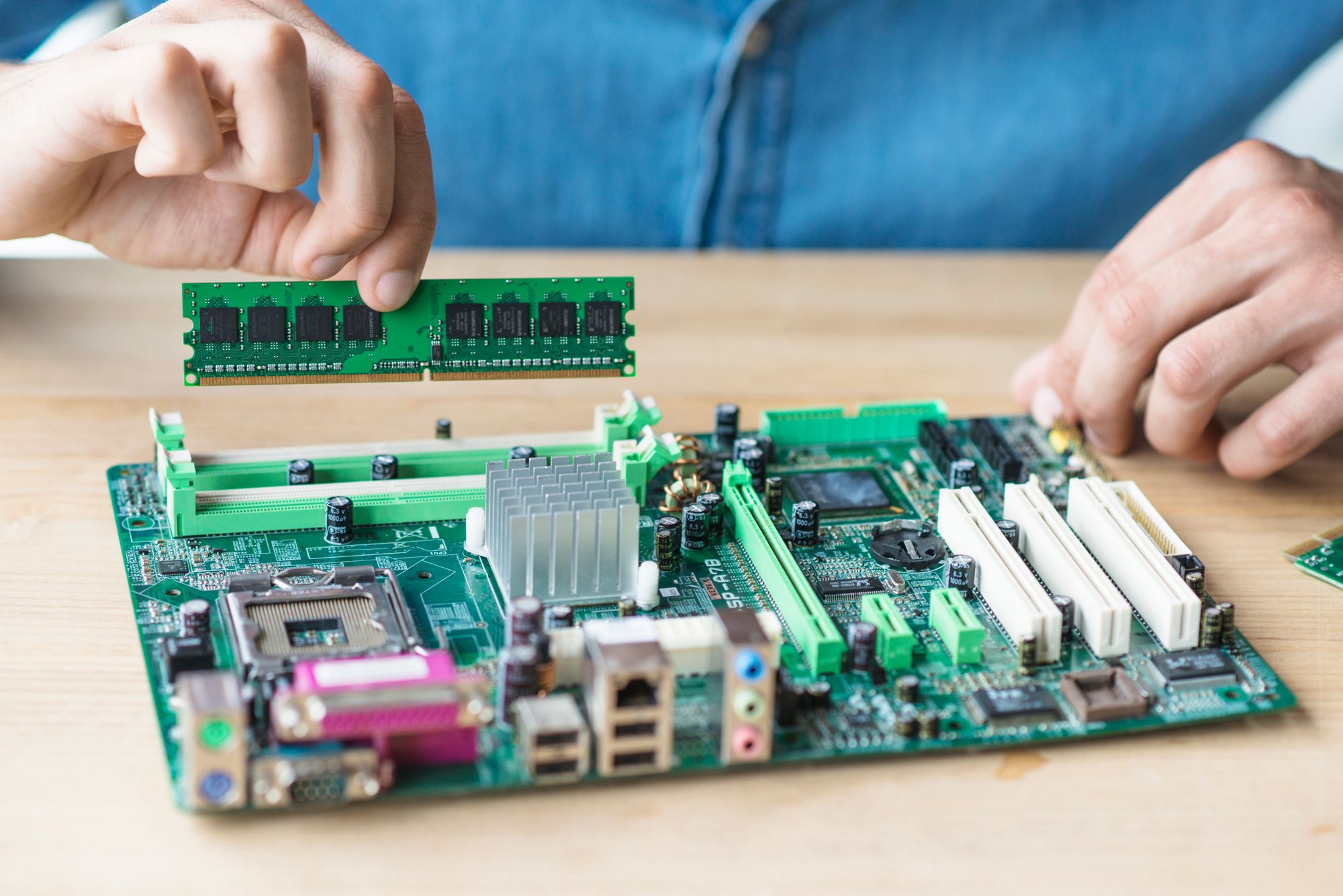 The form factor of a motherboard determines its physical size, mounting hole locations, and other variables that decide whether the motherboard will fit a particulate case.

A computer will run many processes at the same time, so RAM is essential. It’s the system's short-term data storage; it stores the information the computer is actively using so it can be accessed quickly. The more programs the system is running, the more memory the system will need. It has a significant impact on performance. 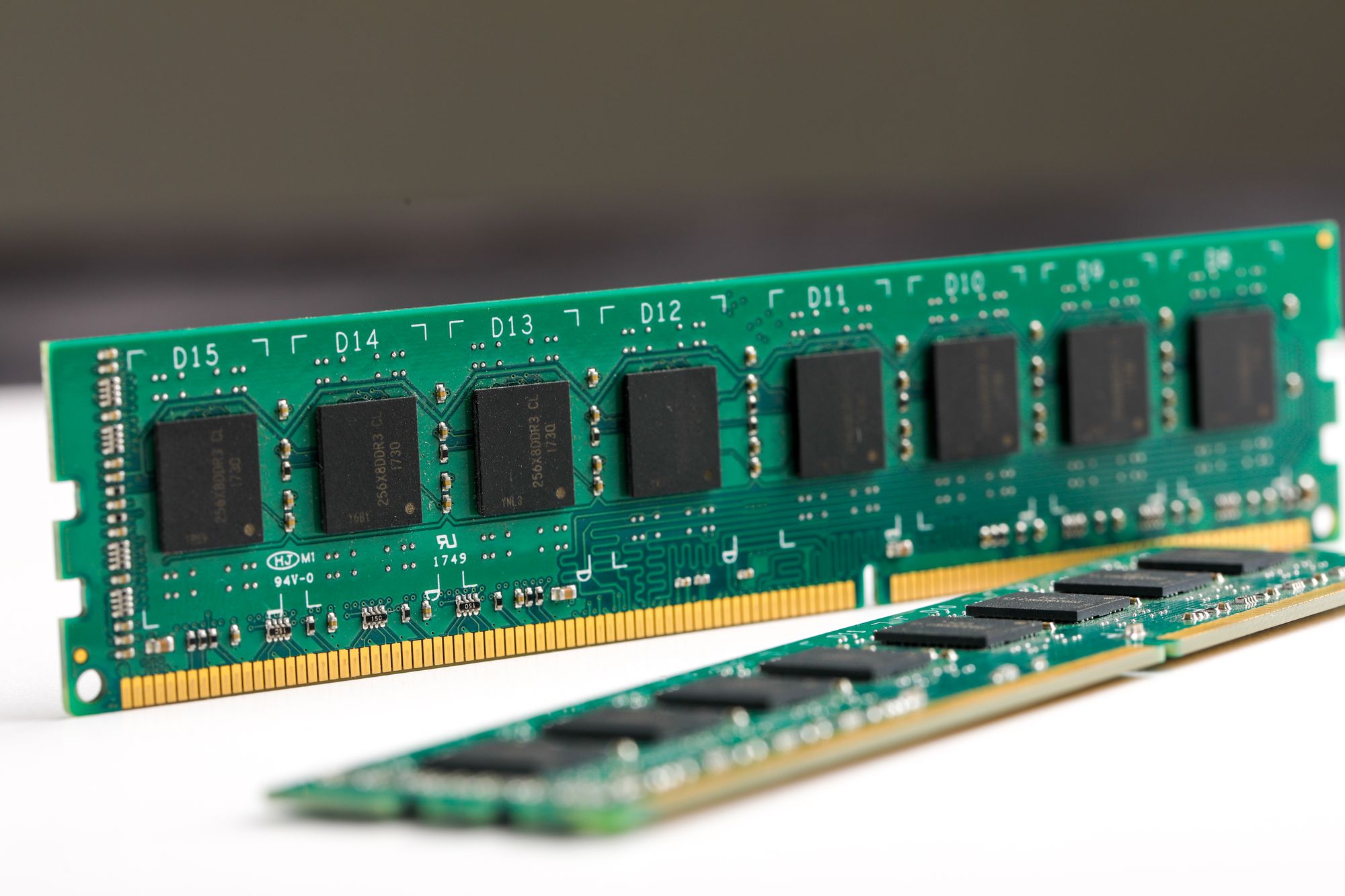 Without a significant amount of memory, a computer could only execute fixed operations and display the result immediately.

Also known as internal memory, it is liable to change and can read and write data. The two main types of storage devices are HDD (hard disk drive) and SDD (solid-state drive).

Why use an HDD

The best case for HDD is mass storage. This type of drive is cheaper than SSD and available in some quite massive sizes. Cost per gigabyte is still significantly lower than SSDs, and drives with large capacity will not break the bank. An efficient system would have an SSD to boot Windows from, and one or more HDDs for mass storage.

Why use an SDD

The lifespan of an SSD is lower than that of an HDD, but you can certainly use an SSD as your only drive in a PC. Many laptops only have SSD storage. SSDs don’t handle being written to as well over time, but a boot drive would not suffer this.

SSD prices have come down a lot in recent times, too, with the price per gigabyte much lower than it once was. Large capacity drives are still expensive. However, generally speaking, they are more affordable than ever.

A combination of both ie a mixed system with HDD mass storage and an SDD boot drive with frequently used programs is a good recommendation.

A central processor (CPU) is arguably the most critical component of any electronic system. It handles basic instructions. It allocates more complicated tasks to other specific chips to get them to do what they do best. It’s the core of your PC. 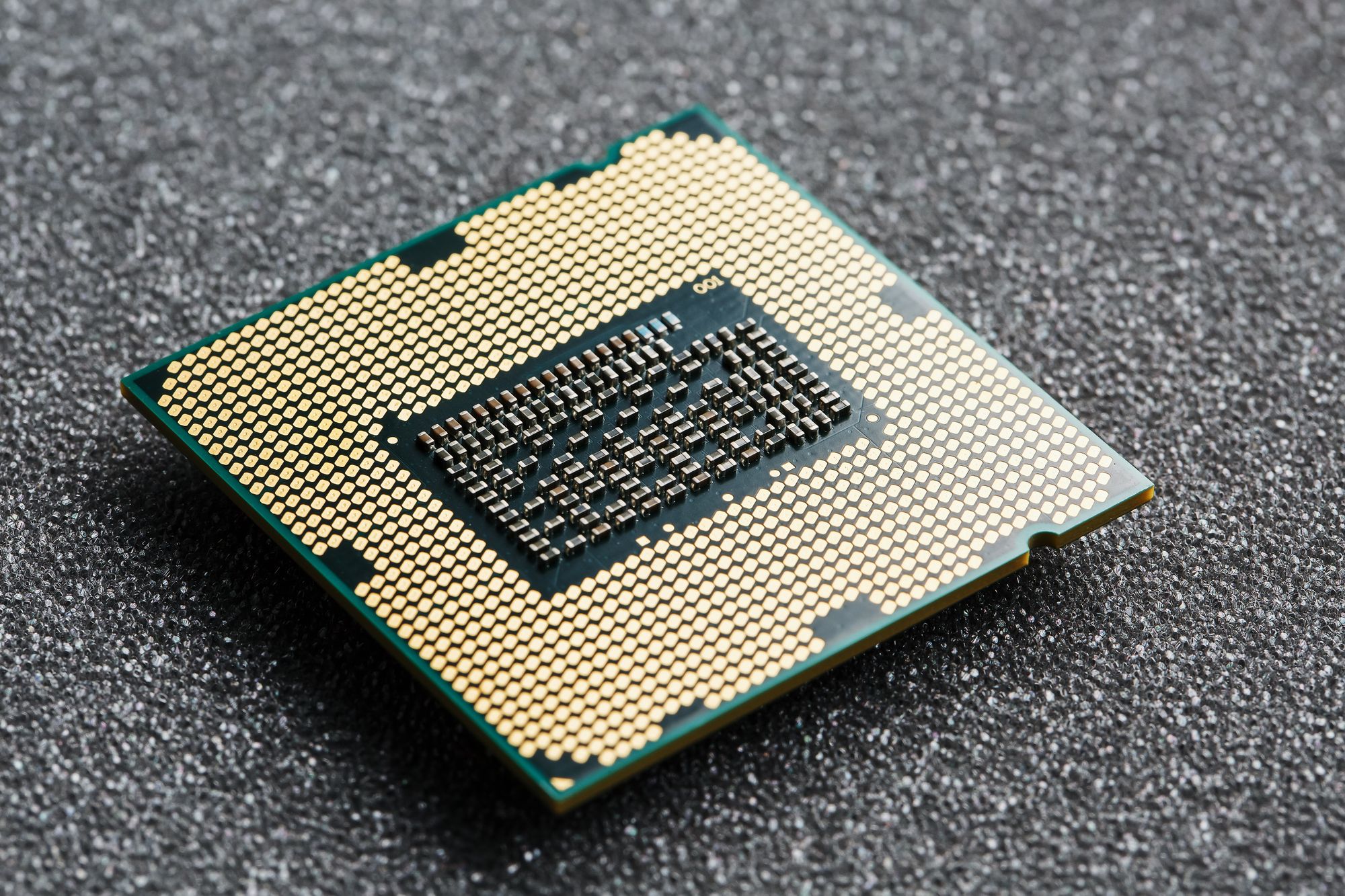 Originally, processors had a single processing core. Modern processors today consist of multiple cores that allow it to perform multiple instructions. They’re effectively serval CPUs on a single chip. Most CPUs sold today are at least dual-core, but at the higher end, you will see four (quad) core CPUs and even six, eight, and 12 core CPUs in some cases. A technique called multi-threading is common with certain processors, which produces virtual processor cores. They are not as powerful as physical cores, but they can enhance the performance of a CPU.

Clock speed is another measurement that's used a lot with CPUs. That is, the "gigahertz" (GHz) refers to how many instructions a CPU can manage per second. However, when it comes to performance, this is not the whole picture. Clock speed mostly comes into play when comparing CPUs from the same product family or generation. When all else is the same, a faster clock speed means a faster processor, but a 3GHz processor from 2010 is not going to be as fast as a 2GHz processor from 2018.

A heat sink is a device that cools down a hot component like a processor. There are two types of heat sinks.

Active heat sinks use the power supply of the device and may have a fan. Liquid cooling systems still exist, which have become prevalent in recent years.

Those with no mechanical components are active heat sinks. At the other end, passive heat sinks use an aluminium finned radiator. It dissipates heat through convection. For passive heat sinks to work to their full capacity, there should be a steady airflow moving across the fins.

GPUs, also referred to as graphics cards or video cards are used by every PC to render images, video and 2D or 3D animations for display. A GPU performs quick math calculations and frees up the CPU to do other things. Whereas a CPU uses a few cores focused on sequential serial processing, a GPU has thousands of smaller cores made for multi-tasking. 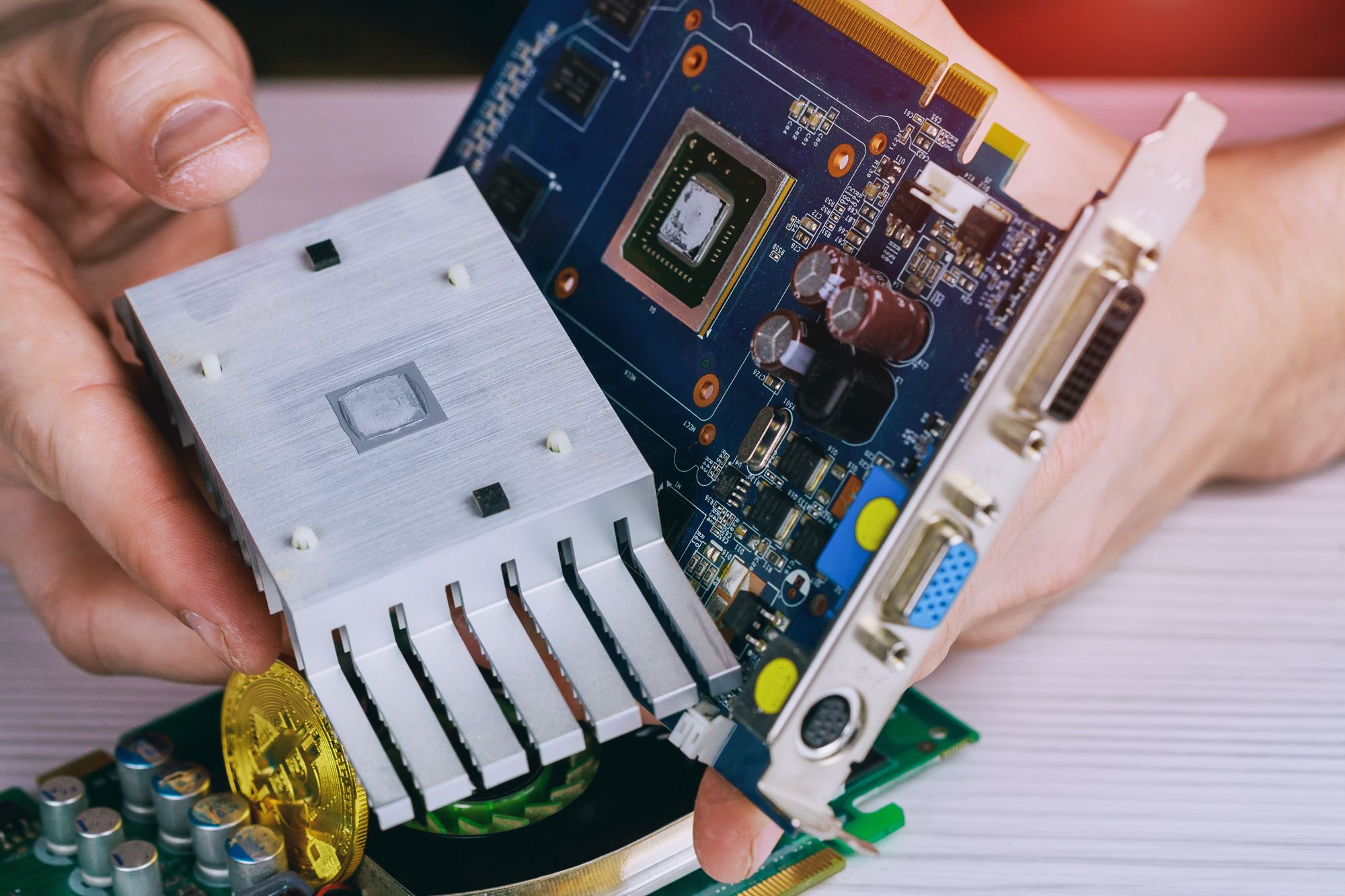 There are two different types of GPUs:

When it comes to operating systems, the most popular ones are Windows, macOS, and Linux, with each having their own pros and cons. Windows is the most popular and thus has the most support in terms of third-party software. While macOS is considered to be better than Windows, its closed ecosystem turns down most people. Linux is an open-source system which benefits from a loyal community of developers and enthusiasts but commands less percentage share than the other operating systems. Use an Operating system that you’re comfortable using. I use Windows 10 64-bit and would recommend using a 64-bit over 32-bit since the maximum limit of RAM is 4GB on 32-bit Operating systems.

These were the important building blocks of a computer. We hope this helped you gain an understanding as well as cleared any doubts regarding Computer hardware. Once you have got a PC of your own, it is advisable to update it regularly as well as check it periodically for any anomalies. In that respect, here are certain softwares which might be useful.

PC Optimizer – free software which removes system data that is not crucial to your computer, remedies registry errors, uninstall programs and change which programs can load at start-up. Which ultimately speed ups performance.

Speccy – can be used to get advanced insights from your computer. Speccy gives you detailed information about each part of your computer's hardware. It lays everything with a simplistic GUI (Graphical User Interface). Speccy allows you to save your scan results directly as a snapshot, XML or text file for easy sharing. Handy, if tech support needs to diagnose an issue with your computer or just show off to your friends.

Defraggler – Defraggler speeds up your PC by assembling fragmented files on your machine and organizing them more efficiently. Defraggler does the hard work, so your computer doesn’t have to. Defrag with confidence. Defraggler uses the same techniques as Windows to read and write files, so your files will never be damaged. Defragment while you sleep – and wake up with a faster PC. Set Defraggler to run daily, weekly or monthly.

The programs mentioned above have free as well as premium versions. The free version works great and has the majority of the features you will need to improve performance drastically.

This brings us to the end of this article. We hope you learnt about the different hardware components as well as their importance.

Setting up your own Trading Machine and developing like a Pro