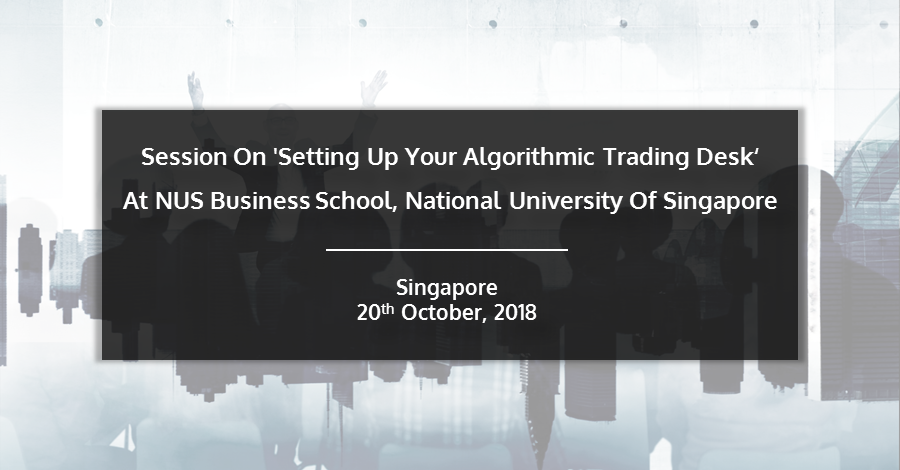 A session on 'Setting Up Your Algorithmic Trading Desk' was conducted at NUS Business School, the National University Of Singapore by QuantInsti on 20th October 2018 as part of the Quantitative Finance series 'Quantitative Finance 101' by the NUS Investment Society.

QF101 is an annual event held by the NUS Investment Society, with the aim of introducing the audience to the basics of Quantitative Finance. Moreover, we have invited QuantInsti, the pioneer training institute for Algorithmic and Quantitative Trading, to talk about the process of setting up an Algo Trading Desk. Everyone, regardless of prior background knowledge, will stand to benefit from this one-day crash course!

About The National University of Singapore (NUS)

The National University of Singapore (NUS) is an autonomous research university and the oldest institute of higher learning (IHL) in Singapore. It is the largest university in the country in terms of student enrollment and curriculum offered. Its achievements and influence in global research and education have made it one of the world's most prestigious universities. The university counts among its alumni four Prime Ministers or Presidents of Singapore and two Prime Ministers of Malaysia.