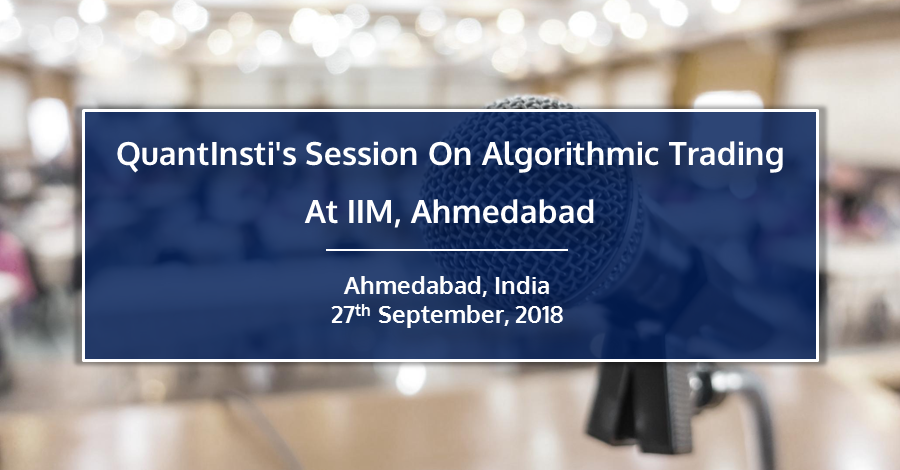 QuantInsti conducted a session on Algorithmic Trading at the Indian Institute of Management, Ahmedabad. It was an interesting session by Nitesh Khandelwal (Co-founder and CEO, QuantInsti) and Prodipta Ghosh (Vice President, QuantInsti) on behalf of QuantInsti for students at IIM Ahmedabad.

It was great to see the interest level of so many bright budding managers in the domain of Algorithmic Trading and Quantitative Trading! 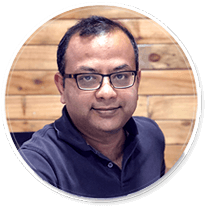 Prodipta is a seasoned quant and currently leads the Fin-tech products and platforms development at QuantInsti as its Vice President.

He has spent more than a decade in the banking industry – in various roles across trading and structuring desks for Deutsche Bank in Mumbai & London, and as a corporate banker with Standard Chartered Bank. Before that, Prodipta worked as a scientist in India’s Defence R&D Organization (DRDO).

Session On 'Setting Up Your Algorithmic Trading Desk' At NUS Business School, National University Of Singapore