Having an option in life is always a treat and gives us something different to look forward to. “Swap Option” or the term swaption provides you with the option to swap financial instruments, cash flows but usually the interest rate between two parties. Moreover, there are different types of swaptions. Further, you can delve deeper into the working and other aspects we have mentioned about swaption in this article and find out about them. We will begin with the meaning of swap so that the discussion regarding the base of swaption is covered first.

So, this article covers:

A swap is simply the contractual agreement between two parties. In this agreement, one party can exchange interest rate, currency (of the same value), and even the liability of repaying a loan for the defaulter (credit default swaps).

You can see how the swap contracts work between two parties with the help of the flowchart below.

Let us move forward and take a look at swaption contracts now.

Now, swaptions or swaption contracts implies a type of an option that gives the buyer the right but not the obligation to enter into a swap contract on a specified future date. Swaption contracts are usually bought for a premium amount. Swaptions are over the counter contracts, i.e. not traded on an exchange. There are two types of swaption, which are:

The buying of the contract which gives you the right to pay a fixed rate and receive a floating rate (LIBOR) in the future is known as Payer swaption.

LIBOR is the standard floating rate which is explained briefly ahead.

On the contrary, the swaption contract which provides you with the right to pay a floating rate (LIBOR) and receive a fixed rate in the future is known as Receiver swaption.

Also, both the payer swaption and receiver swaption are clearly distinguished in the diagram below:

Most importantly, swaption can be used when there is uncertainty about whether interest rates will increase or decrease in the future. The rate of interest is of two types, which are:

A floating rate of interest is the one which does not remain the same over the predetermined period of time until the repayment of the principal amount. The changes in the floating interest rate depend on the reference rate. Here, the most common reference rate is LIBOR. LIBOR is the average of interest rates calculated from the estimates which are submitted by the leading banks in London like HSBC, Barclays and so on.

Furthermore, both the parties in the swaption contract need to always agree on the following two aspects, which are:

Let us find out an example of the swaption contracts now.

Let us assume that you have a company XWZ which provides a borrowing facility and has the rule of expiring in 6 months without refinancing. Now, you as the manager, expect that the rate of interest may go above the agreed rate before the expiration date. Consequently, you will take the swaption to mitigate any risk. In the future, on the expiration date, if the interest rate increases beyond swap rate, you will not exercise the option to swap to enjoy the profits from an increased rate of interest (LIBOR). On the other hand, if the interest rate does not increase in the market, you will exercise the swaption and get an interest rate above swap rate because a decreased rate of interest will be a loss for you to receive.

Okay! Let us take a look at working with a graphical representation.

In the image below,

Now, we can see that on the y-axis , we are showing interest rate and on the x-axis we have time. Taking the same example as above, if you have a company that facilitates borrowing, then on the expiration date, we can see that the market rate or LIBOR is higher than the swap rate. In this scenario, you will not exercise the swaption and will receive LIBOR, which is higher.

Now, we will move further and discuss why one should choose the swaptions.

Swaptions are mainly used for hedging the fixed or floating rate of interest.

Hedging, in general, is the mere act of mitigating some risk or exposure to volatility in the market. In case you do not wish to exchange your fixed or floating rate of interest in the future, you simply can opt-out. Swaptions help you hedge against the future risk for a premium you pay to buy the contract (either of the payer's swaption or receiver’s swaption). In case you opt-out of swapping, the only loss will be of the premium you paid for buying the contract.

For instance, a borrower with three loans maturing in 2021 wants to hedge against any dramatic movements in interest rates will buy the swaptions for mitigating any risk in the future.

Hence,  payer’s swaption will give you the right but not the obligation to pay the fixed rate in case the floating interest rate rises.

Let us now go forward and find out the types of swaption contracts.

Interestingly, there are three types which one can pick from, for either of the payers or receivers swaptions (as we discussed), and these are:

This type of swaption is as such which can be exercised on several predefined dates which makes it flexible enough. And also, the swaption’s actual date of exercise does not matter since the underlying swap will have the same maturity date.

For instance, the Bermudan swaption holder may have the right to exercise the contract on any one of the first four quarterly dates, while the maturity date being, say, 4 or 5 years initially.

This type of swaption contract requires the holder to exercise the swap only on the exercising date or the date of expiration. Hence, this holds less flexibility as compared to the Bermudan swaption contract.

For instance, the holder of this contract can only exercise the swapping right that it holds once the contract reaches maturity in say, 4 or 5 years.

For instance, if you hold the American swaption contract and the date of expiration is after 4 or 5 years, on a specific date, then you can exercise the option to swap on that date as well as any date in between.

Also, there are two possible settlements. One is cash settlement, in which the payment is of the swap value and second is the physical settlement in which, on the expiration date the swap occurs.

In the case of swaptions, for pricing, Black model is used. Swaptions are the swap options, which implies that they allow swapping of interest rate in the future at a predetermined price. Let us take a look at the formula for pricing payer’s swaptions, which is:

Also, because it is at-the-money swaption pricing ‘s’, that is why $$s_0= s_k$$ Let us assume that this is European swaption contract and thus, the swap of interest rate begins on the expiration date T. The benchmark here for the interest rate is LIBOR.

For learning more on the pricing of swaptions, you can refer to the research paper here.

Let us move ahead to find out how swaption is to be traded.

How Do You Trade Swaptions?

The swaptions contract is traded over-the-counter, which means that the swaptions are not officially on a formal exchange such a New York Stock Exchange (NYSE). Over the counter (OTC) trading happens with the help of a broker-dealer network. This trading is done through either computer networks or by phone using an online quotation and trading service, which helps with the information sharing such as OTCBB.

But, OTC options are not available for individual traders. However, some private banks provide access to their clients. Also, some banks offer OTC hedges to small corporates. Hence, you may be able to get access if you set up a small company. But, their offerings are not very attractive.

Alright! We will now see the working of the swaption market.

How Does the Swaption Market Work?

A swaption market implies the platform on which the participants establish the swaption contracts. Swaptions market usually consists of large-sized firms, since the latter involves technological and human capital in massive amounts.

Also, the Swaption market works with most of the major world currencies like USD (Dollars), Euro and British Pound.

Going further, let us also discuss the steps followed when you decide to hold the swaption contract:

A good example of swaptions here can be the current news by Risk.net, mentioning that Goldman Sachs is leading the charge in swaptions linked to SOFR (U.S. risk-free rate).

Now, let us take a look at the Pros & Cons of trading swaption contracts.

Pros and Cons of Swaptions

Swaptions are extremely useful when it comes to the prediction of a better rate of interest to be paid (if you have taken a loan) or to be received (if you have given a loan). Nevertheless, there are some disadvantages which you should be aware of in order not to get driven by only the positives.

This article aimed at covering the basic aspects of Swaption. Since it provides the trading parties with an opportunity to reduce their costs or maximise their gains, it is one of the favoured options. Options contract provides you with immense opportunities to predict and trade with swaps. At the same time, you must enter the trade with a trustworthy entity and should be cautious about other risks. 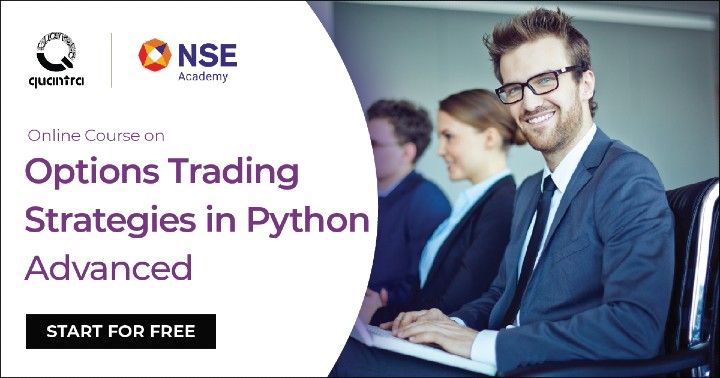 What is Driving People Towards the Derivatives Market? 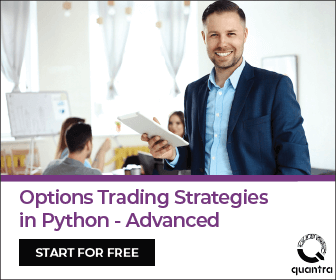