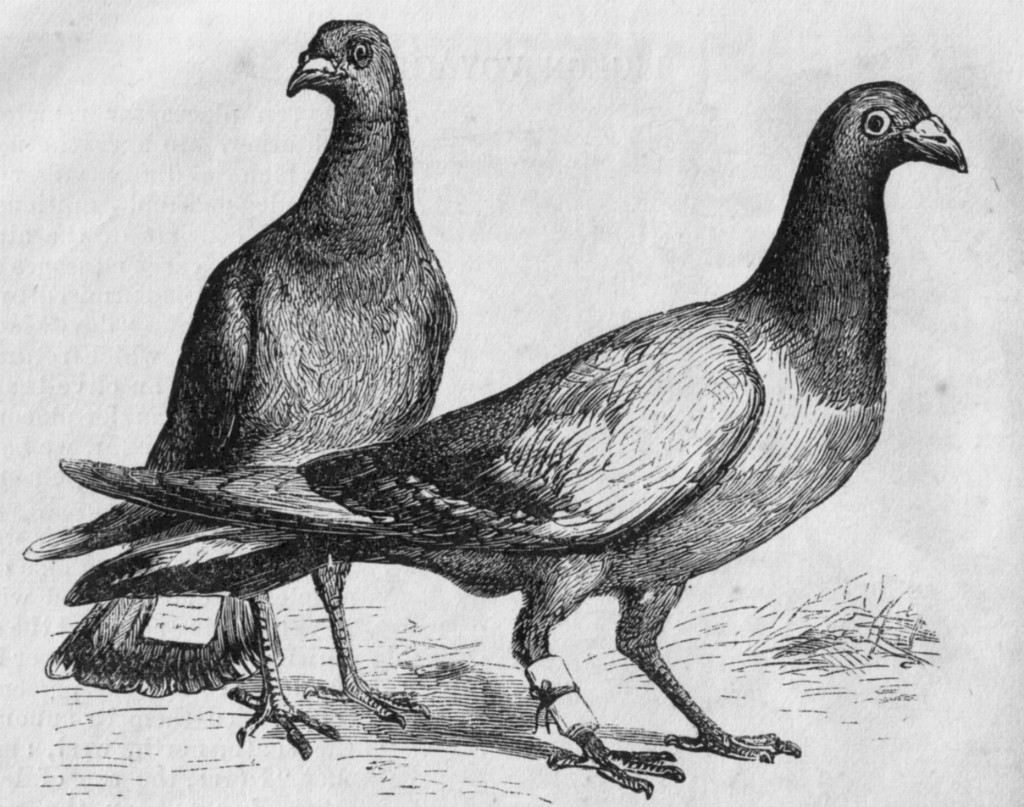 On April 24th, 1850, Julius Reuter made a verbal agreement with a Herr Heinrich Geller (a brewer, baker, and pigeon-breeder) in Aachen, to supply him with forty well-trained birds `suitable for the establishment of a pigeon carrying service between Aachen and Brussels'.

The contract, nally committed to writing on July 26th of the same year, laid down the most stringent conditions for maintaining absolute secrecy in the handling of messages. Herr Geller seems to have shown a considerable measure of generosity to his enterprising but by no means wealthy client. He accommodated Reuter and his wife at his house in Aachen, and then acted as their guarantor when they took rooms in a local hotel.

Every afternoon, once the Brussels Bourse had closed, or the last messages had arrived by telegraph from Paris, Reuter's agent in Brussels copied the latest stock prices onto thin tissue paper and placed them in a small silken bag secured under the wing of one of Geller's pigeons.

For safety, three different pigeons were normally despatched with the same message. Six or seven hours before the daily mail train arrived, the pigeons were circling over their dovecot at Geller's house in Aachen, where a full team, consisting of Reuter and his wife, Geller and his thirteen-year-old son, Franz, caught them, extracted their messages, copied out the prices by hand and distributed them to their local circle of subscribers. Where the messages had to go further down the line, Reuter would run with them in person to the station telegraph.

This is the origin of modern high-frequency trading. Read more about History of Algorithmic Trading, High Frequency Trading and News Based Trading.

If you’re a retail trader or a tech professional looking to start your own automated trading desk, start high frequency trading training today! Begin with basic concepts like automated trading architecture, market microstructure, strategy backtesting system and order management system. You can also enrol in our algorithmic trading course EPAT which is one of the most extensive certification programmes available in the industry.

Workshop With Thomson Reuters On Algorithmic And High-Frequency Trading

Seminar Held With A Leading Exchange In Mumbai