The following topics are covered:

Before you learn what is autoregression, let’s recall what is a regression model.

where m is the slope of the equation and c is the constant.

where 𝚽1is the parameter of the model and c is the constant. This is the autoregression model of order 1. The term autoregression means regression of a variable against its own past values.

Like the linear regression model, the autoregression model assumes that there is a linear relationship between yt and yt-1. This is called the autocorrelation. You will be learning more about this later.

Let us have a look at other orders of the autoregression model.

In the above example, you saw how the value of yt is estimated using one past value (lag term), yt-1. You can use more than one past term to predict the value at time t. Let’s see the form of the model when two lag values are used in the model.

where 𝚽1 and 𝚽2 are the parameters of the model and c is the constant. This is the autoregression model of order 2. Here yt is assumed to have a correlation with its past two values and is predicted as a linear combination of past 2 values.

This model can be generalised to order p as below.

where 𝚽p's ; (p = 1, 2, ..., p) are the parameters of the model and c is the constant. This is the autoregression model of order p. Here yt is assumed to have a correlation with its past p values and is predicted as a linear combination of past p values.

There are a number of ways available to compute the parameters 𝚽p's.

Some commonly used techniques are the Ordinary Least Square technique and the Yule-Walker equation. Determining these coefficients mathematically is little complex and is beyond the scope of this article. Later you will learn how to estimate these parameters using the `statsmodel` library in Python.

You must be wondering, how to determine the order p of the autoregression model?

As you have already seen, an autoregression model predicts the current value based on past values. That means that the model assumes that the past values of the time series are affecting its current value. This is called the autocorrelation.

Just like the correlation coefficient, autocorrelation also measures the degree of relationship between a variable’s current value and its past values. The value of autocorrelation lies between -1 and +1.

As autocorrelation measures the relationship between the current value and the past value of the data, it is very useful in measuring the randomness of data. This randomness in the data can be detected using the autocorrelation function (ACF) plot.

Let us understand what is partial autocorrelation.

A partial autocorrelation function (PACF) plot is used to identify the order of the autoregression model.

Let us now move forward and explore the ACF plot and the PACF plot.

An ACF plot will plot the values of r0, r1, r2, ... corresponding to the respective lag orders 0, 1, 2, … These values are plotted with a confidence band that helps us identify whether a value is statistically significant or not. The same has been illustrated while visualising the ACF plot in Python.

Note that r0 is the correlation between the variable with itself, and hence will always be equal to 1.

You will next learn how to visualise the ACF and PACF plot in Python.

To visualise the plots, we will download the stock price data of J.P. Morgan using the yfinance library from January 2019 to April 2020.

You can plot the ACF and PACF plots using the plot_acf and plot_pacf methods from the statsmodels library respectively.

This means that values up to lag 20 are statistically significant, that is, they affect the current price. Also, the autocorrelation is gradually approaching zero as the lag term increases. This means that farther we go, lesser is the correlation.

Form the above plot you can see that lag 1, 2, 3, 4, etc are outside the confidence band (blue region) and hence are statistically significant.

Finally, you will learn to estimate the parameters of the autoregression models. But before that, let’s see if there are any challenges.

A very important point to note that an autoregression model makes an assumption that the underlying data comes from a stationary process. A stationary time series is a time series whose statistical properties like mean and variance are independent of the point in time where it is observed. You can read more about Stationarity here.

As most of the time series in real life are non-stationary, the use of AR models cannot be used on them without transforming the data.

As one can use the AR model only on stationary data, let’s first check if the JPM stock price is stationary of not. You can use the adfuller method from the statsmodels library to check this.

Since the p-value is greater than 0.05, the time series is not stationary. Let’s calculate the first-order difference of the series and test for stationarity again.

From the above plot you can see that lag 1, 2, 3, 4, etc. are outside the confidence band (blue region) and hence are statistically significant. Also, the plot suggests that we can fit an autoregression model of order 1 on the differenced series.

You can use the ARIMA method from the statsmodel library to fit the model.

From the output above, you can see that the fitted model is

Similarly, you can replace the value of p in the code above and fit an AR model of a different order.

Autoregression is one of the most commonly used tools in the time series analysis. An autoregression model works on the principle that the value of any time series at any given point in time is related to its past values.

In this blog, you have learnt about the structure, the order and limitations of an autoregression model. The statsmodel library in Python has a method called ARIMA. The ARIMA method can be used to fit an AR model with proper parameters. 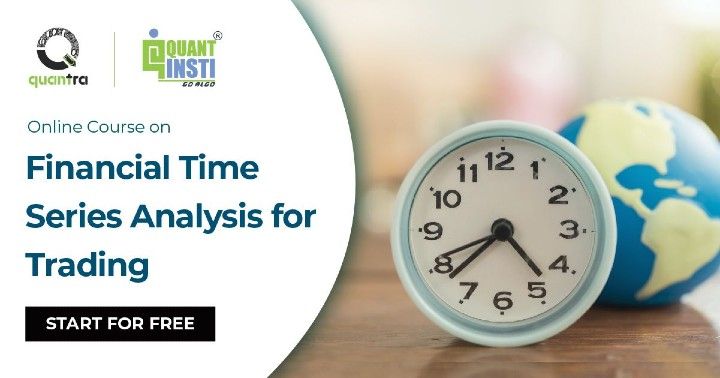 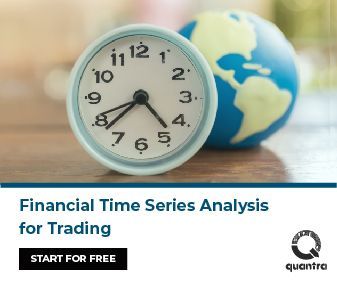